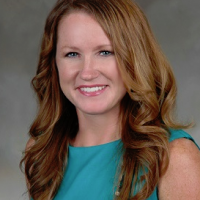 “Her primary role as administrative manager was to provide assistance with the administrative functions of the Public Works Dept.,” Erin Murphy, communications director, stated in an email. “That included responding to inquiries and coordinating resources if unable to satisfy requests, revising department policies and research and analysis for special projects.”

The position is new within the Public Works Dept. to meet the demand of the growing community. Smitherman’s duties include working closely with Public Works Director  Jeremy Lollar.

“Angela will assist the director with oversight and management with the operation and direction of the Public Works Dept., which includes financial operations, budgets, grant research and applications and community engagement,” Murphy stated. “She will develop and enforce proper safety procedures and will manage the safety committee. This role is beneficial to the ongoing growth and expansion of the department’s efforts to modernize and communicate with the general public.”

Smitherman also is a Westfield resident.

“Since working for the City of Westfield, Angela has made Westfield her home. It is always an added bonus when you are a part of the community you serve,” Murphy stated.

Smitherman will continue to serve as director of the Westfield Running Club and as a board member of Girls on the Run Central Indiana, which empowers girls through running.

“I’m excited about this new position as it will allow me the opportunity to expand my role in supporting our staff while serving the community,” Smitherman stated in a press release sent to Current.