You are at:Home»Current in Fishers»Local pizza café aims to make a difference with contest 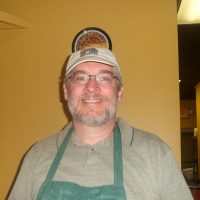 Doug Jeschke is hosting a contest to help give back to the community through Brother Doug’s Pizza Café. (Submitted photo)

Brother Doug’s Pizza Café began as a fundraising tool. Owner Doug Jeschke has expanded it into more since the restaurant opened in September 2015, and he hasn’t grown tired of giving back.

His most recent brainchild is reaching out to the community to see where his efforts should go. Jeschke is hosting a contest at Brother Doug’s Pizza Café for community members to decide which part of the community needs a bit more help.

“Basically, what I’m hoping to do is partner with somebody who wants to help the community. We are a restaurant, and we provide food,” Jeschke said. “Beyond that, it is up to the entrants to decide what that could look like. It could be a fundraiser, recognition dinner or some kind of event. If they want to do some kind of education or outreach by providing food, that’s our role.”

The contest entrants will answer the question, “What would I do to help the community if I could feed 50-75 people?”

“It’s what the entrants are going to say,” Jeschke said. “My passion is to feed the underprivileged or to recognize teachers or whatever they want to get done with this. What can we do to help the community? It’s not our idea, but whoever is going to enter the contest and win the contest.”

Although this is the business’s first contest to try to give back to Fishers, the café isn’t unfamiliar with outreach.

Each month, Brother Doug’s Pizza Café supports a local nonprofit by creating cookies for the group and having an information table.

“Mostly, we just try to raise awareness of what’s going on in the community, what this group or that group are doing,” Jeschke said. “We have an information table if people ask about it, and we are raising awareness for that nonprofit group.”

The raising awareness aspect has been a part of the pizza café for nearly a year. The cookies are traditionally themed for whichever nonprofit the business is supporting.

“This is in part why we want to have a restaurant, so we can be involved in the community this way,” Jeschke said. “The passion I have is I love to see people serving. Brother Doug’s Pizza started as a fundraiser business. We would go and do pizza fundraisers with a group to help groups with however they were going to serve.”

Based on the results of the contest to find more ways to give back, Jeschke said he might make it an annual event.

“We’ve given food for this event or this group or that, but this is the first time we’ve said, ‘Hey, let’s see what our customers and our community want to do and how to get involved in that.”

Contest forms are available at the café, 11005 Allisonville Rd. Ideas also can be emailed to Jeschke at dough@brotherdougspizza.com. Entries are due by Feb. 27 and will be judged by the Jeschke family and the pizza café employees.