You are at:Home»Current in Fishers»Peyton’s Promise remembers late child, fundraises for a local difference 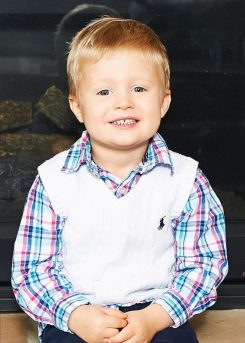 Peyton Belling lost his battle to cancer when he was 3 years old Feb. 25, 2015. (Submitted photos)

Molly and Eric Belling want their donators to see where their funds are going and how they make a difference.

The nonprofit organization Peyton’s Promise was launched shortly after the Bellings’ 3-year-old son Peyton  lost his battle with cancer. 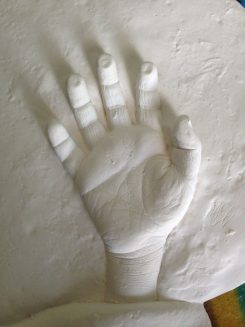 “We wanted to do something to keep his memories alive,” Molly said. “He was a very energetic, very vibrant, typical 3-year-old who loved Thomas the Train. The color orange was his favorite color. We very much so knew that by the time he was 6 months old. That’s how he was during his short life, with a very decisive kind of manner with the decisions he made. He didn’t change his mind every often, a characteristic you don’t see in other children at all.”

The nonprofit’s first fundraiser was a golf outing only three months after Peyton died. The organization raised $11,000. The second year’s golf outing raised $15,000.

“Our mission at Peyton’s Promise is kind of our promise to Peyton of the things we will do in his name and his honor throughout the rest of our lives,” Molly said. “And that promise is that we will provide tangible goods to families faced with adversity, which could be a variety of things. Overall, we want to make sure that people can see where their money is going when they make a donation, like, ‘Here’s where it goes, here’s what it’s doing.’ We are all for research and finding cures for cancer and other diseases, but we don’t necessarily put donations toward that because you can’t see where that’s going. We always have something specific for each (golf) outing that we identify, and that’s what we work toward. We try to make that very clear to people.”

The first year, the funds went toward memory boxes and hand/foot molds at Riley Hospital. Molly said that when things begin to take a turn for the worse with a child in the hospital, a specialist comes in to create a mold of the child’s hand or foot to send home with the family. 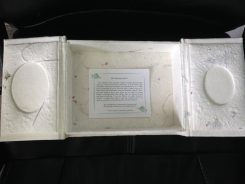 “They send you home with that mold, and that mold is basically a replica of your child’s hand or foot,” Molly said. “When you lose a child, that is all you have. So it’s very important when you receive one of those things that nothing ever happens to it.”

To fund the program for one year, the Bellings needed to raise $5,000. Since the first fundraiser raised more than twice that, the program is still funded by Peyton’s Promise’s donations.

Last year, the funds went toward Riley Hospital’s Hope in Healing program, which provides grief therapy to the familes experiencing the loss of a child. The funds raised at this year’s golf outing also will go toward that bereavement program.

“The psychologists are specifically trained in grief, which is huge in that situation,” Molly said. “You can’t apply normal therapy to that kind of situation. The program is based on donations, and it is really important that they continue to receive donations in order to continue doing what they do. The reason we chose them is because leaving the hospital without your child is the worst feeling in the world.”

The third golf outing for Peyton’s Promise is scheduled for 1 p.m. June 10 at Arrowhead Golf Course, 3974 Club House Dr., Greenfield. Entry fees are $65 for singles or $260 for teams of four. Registration will be available at peytonspromiseinc.org in April. The deadline to register is May 19.