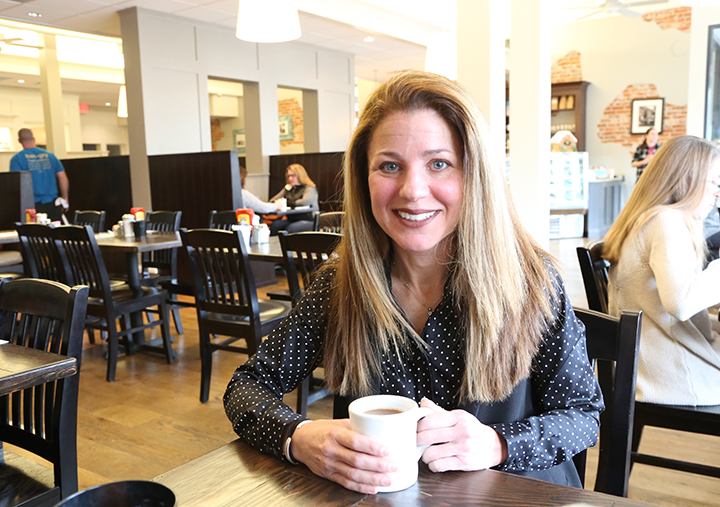 Elizabeth Hopper is the new president of the Zionsville Town Council. (Photo by Ann Marie Shambaugh)

Elizabeth Hopper is a Zionsville Town Council veteran but new to the role of president, a position she will hold for 2017.

She sat down with Current in Zionsville to share her thoughts on the year ahead, her leadership style and changing roles.

Before joining the council, you were active in many volunteer roles. Why did you decide to jump into politics?

I’d been approached by people, knowing my background and my ethics and my desires to give back to the community. I was approached, ‘Would you be interested in running?’ And I was, because I think it’s really important that the council reflect the makeup of the community.

I plan on being here for the next 40 years, and the decisions that are going to be made impact not only me but my children as well.

You’re more on point for having direct communication on a regular basis with the mayor and deputy mayor, (knowing) their goals, what they have in mind moving forward in the next year and communicating that to the rest of the council. Also, being a conduit the other way. If they have questions about a project, I welcome them to ask me questions and keep the information going both ways.

How has the role of council president changed now that the town has a mayor?

2016 was a transitional year that Susana (Suarez) took on, trying to find the balance of the new role with having a mayor. I think she did a phenomenal job. I look forward to finding a place on the council to make sure that this goes in conjunction with the goals of 2017.

How would you describe your leadership style?

It’s more inquisitive, asking lots of questions and asking the rest of the council to ask the right questions to find out the answers. It’s not taking anything at face value and encouraging the other council members and myself to dig deeper to find the answers.

What is your goal for the 2017 Zionsville Town Council?

What accomplishments are you proud of as a Zionsville Town Council member?

What’s been exciting is seeing the changes that have been made since 2012. With the tax caps, we’ve had to take a long hard look at the disparity between (business and residential areas). It took a number of years for the town to readjust to that, and I think now that some of the businesses are coming in here, we’re seeing the increase. It’s been positive, the growth on Main Street, south Main and development down there. It’s been good to watch these projects come in.

Do you have political aspirations beyond serving on the town council?

I currently don’t have any goals beyond council. Right now, I’m focusing on committing myself to my family and to my job to the town.

What do you want Zionsville residents to know about you?

I ask the questions behind the scenes, and that’s because I want to know what I’m going into. That’s one of the reasons I think that people sometimes think that I’m the quiet one. I am a very private person as well, but I’m real and approachable. I’ve seen concerns that (constituents) have, since we’re living it, and I welcome anybody to come and ask questions and voice concerns.

Also (I’d like) to hear from people who do approve of the things that we do. So often we gauge the public’s reaction to a project on the people who are against it, and I welcome that. That’s something we want to hear, but it’s also nice to occasionally hear that people do approve of the projects and like what they see going on here in the community. 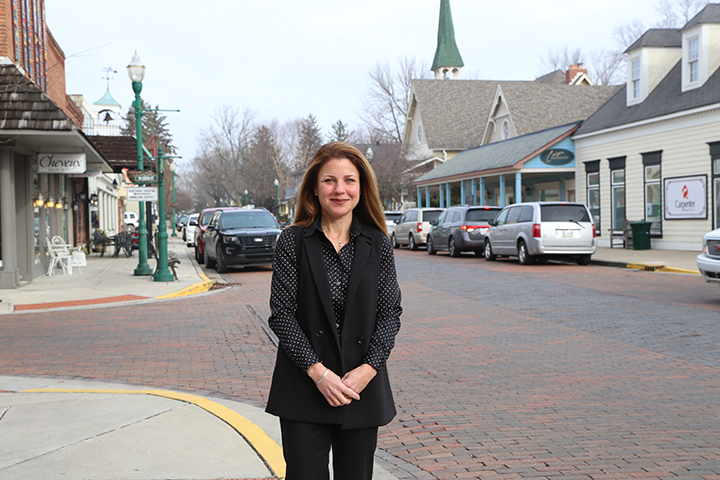 Zionsville Town Council President Elizabeth Hopper grew up in the suburb of Riverside and moved to Indiana in 1996, settling down in Zionsville five years later.

“We were looking for quality of life, schools, parks, town services and landed here. This most reminded me of Riverside with the quaint downtown area,” she said. “I wanted to give my children the same experiences I had growing up here.”

Her boys, ages 16, 15 and 13, grew up attending Zionsville schools through middle school. The two older ones are now at Brebeuf Jesuit Preparatory School.

Hopper also graduated from a Jesuit high school and went on to study at Loyola University, another Jesuit campus.

She is the third oldest of nine children – five sisters followed by four brothers. Her brothers all served in the military, and her siblings now live throughout the U.S. and beyond. One of her brothers also moved to Indiana, settling in Marian with his wife, and her parents retired to West Lafayette.

“It’s nice to have family close, but it’s also nice to explore different parts of the world,” she said.

In her spare time, Hopper enjoys pursuing photography and running, especially along the Zionsville Rail Trail.