You are at:Home»Current in Westfield»Authors in the Attic event set

Francesca Quarto wanted to put an area book signing together in Noblesville, so she brainstormed with the owners of The Ville Restaurant and came up with a plan. 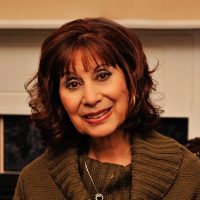 “We’ll be upstairs above the dining area, and we’ll be sitting at individual tables and selling our different books as well as different genres,” Quarto said. “I’m an urban fantasy writer. I have a series. It’s a very nice cross-section of different genres that people can come and enjoy and be introduced to local authors who have been writing for quite awhile.”

“They’ve all done signings with me at one time or another,” she said.

“Even though I have a publisher, I have to hustle and get my name out there,” said Quarto, whose publisher is Tell-Tale Publishing. “We all try to help each other out. If I hear there is a book signing, I will let them know there is something coming up.”

Quarto said some book signings cost money for space, so this one being free helps.

“We’re not rolling in the dough like Stephen King,” she said.

Quarto said she’ll have the first two books of her series with her and is hoping to bring the third in her “Witch of Appalachia” series, “Blood of the Dragon.”

The event is free. Guests aren’t required to dine at The Ville to attend the event, and a full bar will be available.