You are at:Home»Current in Fishers»We the People Fishers Jr. High class seeks donations for trip 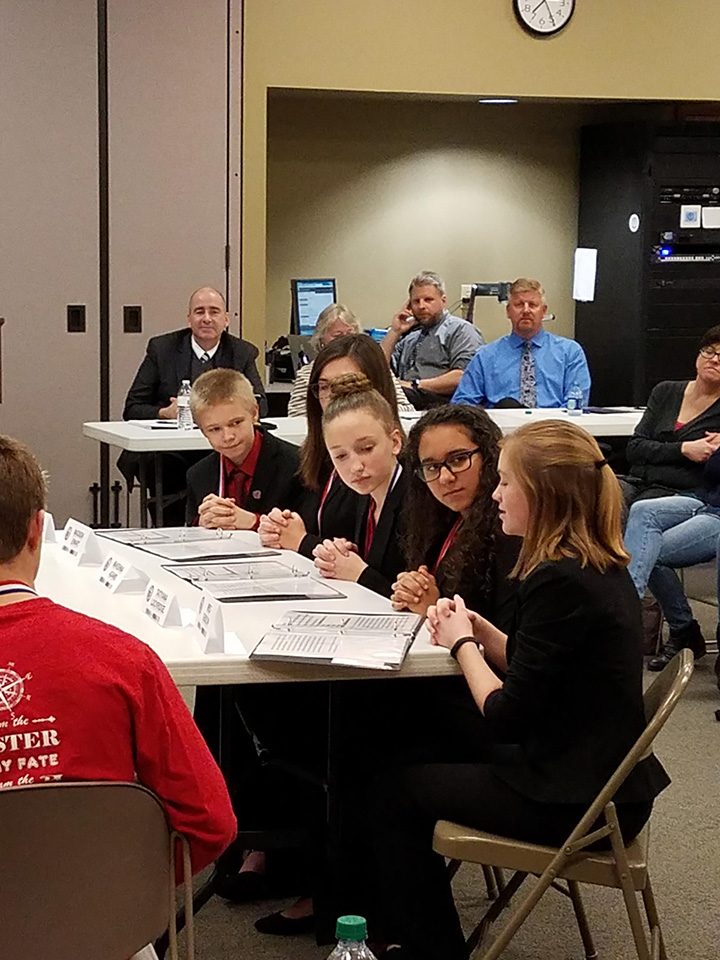 Fishers Junior High School eighth grader Gracey Scholl knows many people misunderstand what the We the People competition actually is like.

We the People isn’t a club but instead is a highly advanced eighth grade civics class. Scholl said it is not just memorization of the U.S. Constitution law class.

“When they come, they see the glow on our faces when judges ask us questions, and they know we’ve prepared for it,” Scholl said. “There’s a lot of return for all the hard work and hours we committed to the class. Especially at the state tournament, there is a lot of pressure going on, but that moment when our rival Brown County was called for second, you could just feel the sensation in the room. We couldn’t breathe or move, we were so excited. Most of us were speechless with tears streaming down our face. Now with the opportunity to compete in nationals is a better return than we’ve ever had.”

Fishers, which had finished second to Brown County the previous two years, won the Dec. 13, 2016 competition in Indianapolis. The 31-member team will now compete in Washington, D.C., in the fifth annual We the People National Invitational for middle school competitors, from April 28 to May 2.

Shannon Alexander, one of the parents, has helped organize a GoFundMe campaign to raise $45,000 to help defray the travel costs. In the first month, nearly $12,000 was raised. The class has been holding fundraisers as well.

The class is taught by Michael Fassold, who also serves as advisor to Fishers High School’s We the People program.

“These kids are hard-working,” Fassold said. “My kids know the Constitution. My kids know case law. My unit five class that deals with the First Amendment, which deals with freedom of speech, probably know 50 to 60 cases off the top of their head that they can cite. They can tell you the case law and how it applies.”

Fassold said class members will be prepping the entire time they are at the competition. They hope to see the Supreme Court in action as well.

“They have opinions that are grounded in history, the law, the Constitution,” Fassold said. “I don’t allow them emotional arguments. We can get that on Twitter. These kids argue reasoned arguments based on jurisprudence, on the Constitution, on the law, on the history.”