You are at:Home»Current in Zionsville»Culver students participate in Presidential Inaugural Parade 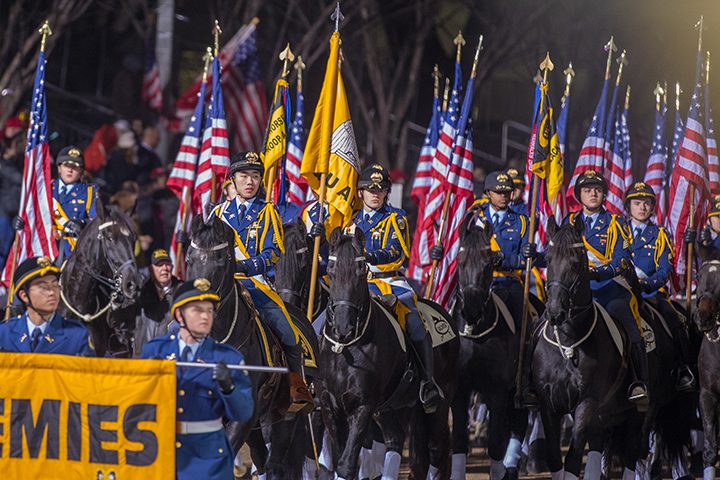 For Culver Military Academy junior Sean Kim, being part of the Presidential Inaugural Parade was about being part of his school’s rich tradition and making some life-long memories.

“The mere fact that we were part of the inaugural parade and being part of such a long tradition, since we’ve been doing it since 1913, was an honor,” Kim said. “For us, it was a once-in-a-lifetime opportunity. It’s something we will all remember and all cherish.”

Kim, who lives near the Zionsville/Carmel border, and fellow junior Jerry Jin were among the members of Culver’s Black Horse Troop in the Jan. 20 Inaugural Parade in Washington D.C., following President Donald Trump’s inauguration.

Culver Girls Academy freshman Karinna Kanach of Carmel rode with the 24-member Equestriennes during the parade.

“We woke up early (at 4 a.m.) to get the horses ready,” Jin said. “We took them to the staging area where we unloaded the horses. Then we took them through security to the second staging area. We walked our horses in a circle for about three hours. We then mounted and got into a formation. It was definitely exciting. We did a lot of preparation. It was definitely gratifying to think we just did this. I think we did pretty well.”

The following day Kim said the troop had a ceremony at Arlington National Ceremony for a fallen member of the Black Horse, a World War I casualty.

“We also went to the Tomb of the Unknown Soldier and watched the changing of the guard,” Kim said. “Then we had a dinner at the Marine Museum in Quantico, Virginia, where a lot of Culver graduates attended.”