You are at:Home»Current in Carmel»Carmel Community»Sparks Talks drops spin-offs, gets back to basics

Sparks Talks is getting back to basics. Founder Chris Reed has decided not to continue Sparks Tech or other separate spin-offs. 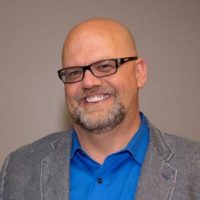 Sparks Tech’s platform was built for Eleven Fifty Academy in Carmel, where the talks were held. The academy’s co-founder is entrepreneur Scott Jones, a strong supporter of the technology world.

“We ran the experiment. It was a one-year contract for five episodes, and we ran that contract,” Reed said. “I’m an entrepreneur. I’m a positive person. I look at the wins. We successfully helped Eleven Fifty get the word out of what we were doing. We hosted some great events. We learned what we needed to learn is the point. In this next 12 months, we’re going to focus on the core value of Sparks, which is networking and building strategic relationships for business development people and small business owners.”

Sparks Talks are talks similar to TED Talks, which include timed motivational speeches.

Reed said for the previous 12 months he had the idea that he would have Sparks Tech, Sparks Well Being and Sparks Youth.

“It was all these kind of vertically oriented channels. What we realized doing that is it divided our energy,” Reed said. “We were chasing all these verticals when the reality we could do the exact same thing at Sparks on a monthly basis by doing themes. So we’re going to make Sparks Tech a theme within regular Sparks events on a monthly basis.”

The January theme was authors, so all the speakers were authors.

“Since it’s February, our theme is relationships,” Reed said. “So all the talks are going to be around relationship.”

Other future topics are leadership, March; health and wellness, April; and sports, May.

“We’re leaning toward either history or tech,” Reed said. “We might end up doing history in June because it’s our fifth anniversary year, and doing tech in July when we start our sixth year.”