You are at:Home»Current in Westfield»Westfield Kiwanis Club launches Avenue of Flags fundraiser for Westfield Youth Assistance and others 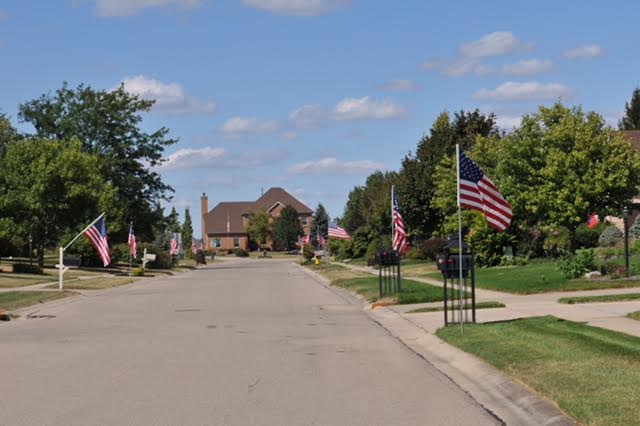 Laurie Paisley got the idea for the Avenue of Flags fundraiser from a similar event in Centerville, Ohio. (Submitted photos)

Laurie Paisley saw how the Avenue of Flags worked first-hand in Centerville, Ohio. 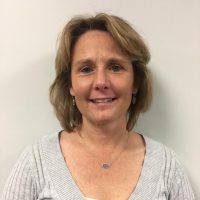 “I saw 75 flags right in a row, and that made quite an impression,” Paisley said.

She was convinced the Kiwanis fundraiser would be a good fit for her Kiwanis Club of Westfield, which started in May 2016. The Avenue of Flags concept is for Kiwanis members to put up American flags for anyone who purchases them for five holidays.

Proceeds will support youth scholarships, Riley Hospital for Children, Westfield Youth Assistance Program and other needs in the community.

“We want this to be our signature project,” said Paisley, who is club secretary.

Selected streets in Village Farms and Centennial will be given the option to put up flags for Memorial Day weekend for free to show what the flags look like. 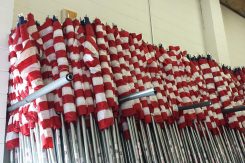 The Westfield Kiwanis Club will set out the flags during five holidays.

“We do all the work for you. We store it, we put it in the ground and take it out and store it,” club president Deborah Minth said. “It makes quite an impact when you come down the street.

The 3 feet by 5 feet American flag will be placed on a 10-foot pole, usually about 15 inches from a curb or business on the five holidays, Memorial Day weekend, Flag Day (June 14), Fourth of July, Labor Day weekend and Veterans Day (Nov. 11).

“The 31 Kiwanis members will put the flags up at their homes the beginning of May so people can see them,” Paisley said.  “The other thing we’d like to do is if someone notifies us a service person is coming home, we’d like to line their street with flags as a welcome home if we have enough time. We will not charge for that.”

Paisley said the goal for the first holiday is 150 flags.

Paisley said they will be looking for volunteers, such as Boy and Girl Scouts to help put up the flags.

“We think two people could put up 30 flags in an hour,” she said.

There will be a mailed postcard to seek customers.