You are at:Home»Current in Fishers»Borrowing to give back: Nonprofit works to remove women from sex trafficking in Brazil 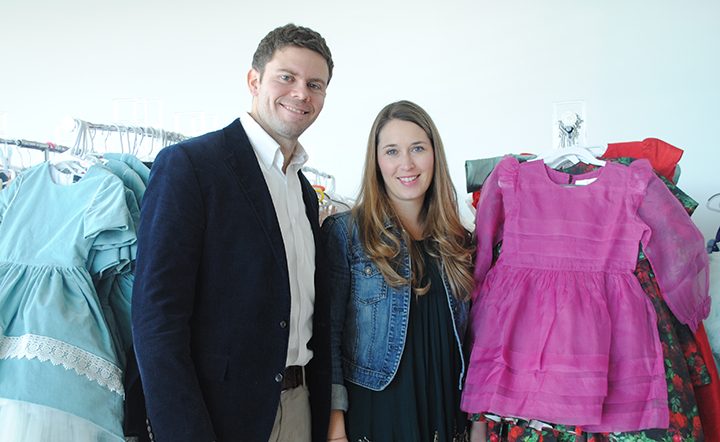 From the time Dr. Emma Hostetter opened her family practice and earned her master’s degree in public health from Hopkins University, she knew she wanted to do something with a nonprofit, particularly related to kids and the fashion industry.

When Hostetter and her husband, David Hall, had a daughter, they realized the expenses of the child fashion industry. 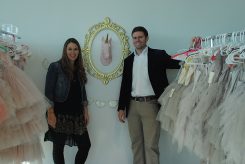 “Emma is also really into children’s fashion, so she started buying a lot of nicer stuff for pictures and found they’re expensive, and once you use them one time, what do you do with them? So we toyed around with the idea of actually renting them,” Hall said. “We set up a Facebook page and listed several items, and we had people renting them like crazy.”

The Borrowed Boutique was born in February 2015, and Hostetter still had her passion for nonprofits. With her public health degree focusing in women’s and children’s global health issues, she discovered Esther’s Children, an organization based in Brazil that works to remove children from sex trafficking or preventing them from ever getting involved.

In July 2015, Hostetter traveled to Brazil to see Esther’s Children for herself to make sure it was a good fit.

“I wanted to see firsthand what they were doing,” she said. “They had more of a prevention program, and I wanted something focused, not just on rescuing girls out but also setting things up to prevent them from even getting into it.  (Esther’s Children) has education on the way for girls to have more self-worth and telling them they can be something even though they are coming from an impoverished area.”

Hostetter’s goal is to host the shoot-out workshops monthly. There have been two workshops since 2015.

The Borrowed Boutqiue recently moved into its first brick-and-mortar store in the Edge building in Fishers. It launched its website at the beginning of the year. The business originally launched online, so only 5 percent of sales are local.

“Part of this is to have a place where people can come in and grow our local market,” Hostetter said.

With the successful partnership between The Borrowed Boutique and Esther’s Children in Brazil, founders Emma Hostetter and David Hall are looking to rent out more boys clothes and partner with a nonprofit to aid young boys.

One nonprofit of interest that caught the couple’s eye is an organization in Africa that helps remove boys from the fishing slave trade industry. Hostetter and Hall have not reached out to the organization yet.

“Esther’s primarily works with girls, and now we are carrying more boy clothing, so it just made sense to give back to something geared toward kids,” Hostetter said. “There is a community where there’s a lot of slavery in the fishing industry where they steal or buy boys on the black market, and then from what we’ve heard, they throw them in the water. If they can swim, they use them as slave laborers. But if they can’t ,they let them drown. It’s horrific.”