You are at:Home»Night & Day»Entertainment News»‘Guess Who’s Coming to Dinner’ on set at the Indiana Repertory Theatre through Feb. 4

In 1967, the Doors were burning up the music charts with “Light My Fair,” a young college graduate was asking an older Mrs. Robinson if he were being seduced in the film “The Graduate’ and the new hippie counterculture and sexual revolution was being celebrated in the provocative rock musical “Hair.” 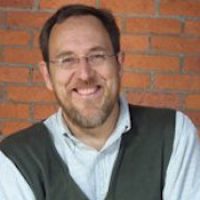 And while “Hair’s” profanity and nude scene caused much comment and controversy for theater-goes, a similarly thought-provoking issue was being tested on movie-goers in “Guess Who’s Coming to Dinner,” which dealt with the controversial subject of interracial marriage.

Fifty years later, the Indiana Repertory Theatre will present Todd Kreidler’s adaptation of William Rose’s screenplay from Jan. 10 through Feb. 4, and director Skip Greer is asking today’s audience if we have made any progress over the last five decades.

“I often hear conversations about race that the younger generations have changed their view, that they see the world differently than we do,” said Greer, an artist-in-residence of 21 years at Geva Theatre in Rochester, N.Y. “They are our hope. The 1967 film hinted of the same thing. Well, those of us from that generation find ourselves here now 50 years later. So, how are we doing?”

“Guess Who’s Coming to Dinner” follows two sets of parents as they learn their children have fallen in love with someone of a different race. Played out on a mid-century modern set, nine cast members come together in a culture-clashing, witty and thoughtful drama testing the adage: love conquers all.

“I’ve always been interested in theater that becomes a catalyst for conversation,” Greer said. “Theater allows us to sit side-by-side and address the issue before us, which, in ‘Guess Who’s Coming to Dinner,’ is the potential interracial marriage. We in the audience are asked to join the discussion.

“I believe the job of the theater is to comfort the afflicted and afflict the comfortable. Theater is at its best when it does both, and that is what has drawn me to this play,” he added.