You are at:Home»Current in Carmel»Carmel Community»Longtime North Carolina news anchor at home in Carmel, CBS4

When he was hired to anchor CBS4 This Morning, Frank Mickens started looking for a place to live. He looked at Indianapolis and Zionsville, but there was something about Carmel. 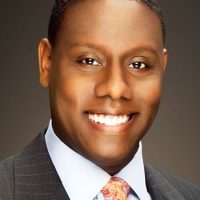 “When you drive down Main Street in downtown Carmel, you just get this feeling,” he said. “It’s energetic. It’s quaint. It’s friendly. It’s everything my family was looking for.”

In December, WTTV-TV Channel 4 hired Frank Mickens as its new morning anchor for its show airing from 5 to 7 a.m. weekday mornings. He currently is renting an apartment in Carmel with his wife, daughter and two sons.

The Emmy-nominated and Associated Press award-winning journalist comes from WFMY News 2, the CBS affiliate in Greensboro/Winston-Salem, North Carolina where he was an anchor, beat reporter and investigative reporter since 2003. Mickens said he did a little bit of everything during his time there, including some sports, human interest pieces and a lot of crime reporting and investigative pieces. He even hosted two nightly newscasts solo for a number of years, which isn’t an easy task.

“We worked on a lot of stories I’m proud of, and I think we helped affect some real change in the community,” he said.

Mickens said he selected CBS4 because he was blown away by the station staff and the city itself.

“Everyone at the station is just so excited to do the news,” he said. “There’s this energy and I certainly was greeted with Hoosier hospitality. Everyone I’ve met at the station or in the community has been so welcoming. I’ve been recommended restaurants or invited to church. Everyone has given me ideas of fun things to do with my wife and three kids. It’s been the perfect fit.”

Mickens graduated from Syracuse University and previously worked as a TV journalist in Mississippi as well.

“I can’t wait to see the market’s response to Frank,” said CBS4 VP of News, Kerri Cavanaugh in a statement. “We are fortunate to have him on our team and look forward to him making an impact on our viewers and Central Indiana.”