You are at:Home»Night & Day»Entertainment News»King to direct ‘Joseph and the Amazing Technicolor Dreamcoat’ at Beef & Boards 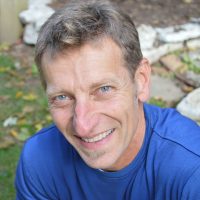 King performed on the Chicago and Toronto touring production from 1993 to 1995, with Donny Osmond playing Joseph.

For the seventh time since leaving the tour, King will be involved with the Tim Rice/Andrew Lloyd Webber musical when he directs and choreographs it from Feb. 2 to March 26 at Beef & Boards, 9301 Michigan Rd. There will be 56 performances in the production, sponsored in part by Current Publishing. King also directed and choreographed the musical two previous times at Beef & Boards.

“We’ve got a great cast put together,” said King, who will celebrate the 30th anniversary of his first show at Beef & Boards this summer. “I try to use the personalities of the people playing the roles and see what traits they can bring to the table to add to the role. I try to personalize it to each cast member instead of saying you have to do it this way.”

Tim Wessel will perform in the title role. 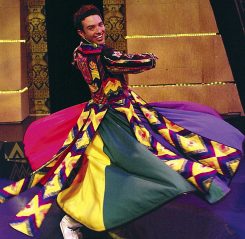 The new production of “Joseph and the Amazing Technicolor Dreamcoat” will run from Feb. 2 to March 26 at Beef & Boards, 9301 Michigan Rd. (Submitted photo)

King also will perform in the role of Zebulon for one week in March.

“One of new face (Sean Seager) we were trying to get on the Beef & Boards stage has a conflict in the middle of the week, so I’ll sub in,” said King, who lives on the east side of Indianapolis and is on the dance faculty at Anderson University.

During his initial audition for the national tour, King said he tore the ACL in his left knee. He said people at the audition heard the pop, but he didn’t think it was serious.

“I didn’t know until I had gone on with the show for six or seven months,” King said. “It (the knee) came loose one night and I damaged some cartilage, too. So I had to leave for six months to get the knee surgery. Then I came back and did another year and a half until our son was born, (that) is when I left the tour.”

King started playing the role of Dan on the tour, and played Levi on his return.