You are at:Home»Current in Fishers»Tradition of swimming excellence continues for Fishers Area Swimming Tigers 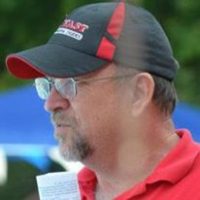 The top 20 clubs earn Gold level ranking, while those rated 21-100 are designated as Silver honorees.

“There are over 2,800 swim teams in the United States. To be considered 51st is a feat that our swimmers, coaches, and parents are proud and honored to be ranked so high,” FAST Head Coach Jay Chambers said. “This achievement is reached because of the dedication of our 18-and-under athletes, their coaches and parents. It’s truly a ‘team’ effort for us to help every young athlete in our program reach their highest potential.”

“We start with our wonderful swim lesson program that progresses their abilities to our beginning level of the team. To become an Olympic trial level athlete demands a lot of work and dedication. FAST was represented at the 2016 U.S. Olympic Trials by three of our athletes,” said Chuck Gillespie, FAST board member. “However, our program takes into account all levels of swimmers interested in competing. Our main goal is to advance swimmers though our program to allow them to be highly competitive nationally, in high school, and we have a number of swimmers who continue to swim at the collegiate level.”