You are at:Home»Current in Zionsville»Sonic seeking franchisees in Hamilton, Boone counties 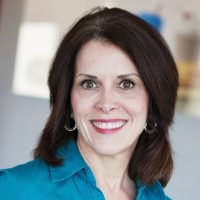 Lori Osley, Sonic senior director of franchise sales and marketing, said the company would like to add 10 Sonic Drive-in locations in the Indianapolis market in the next five years. Some areas targeted include Carmel, Fishers, Westfield and Noblesville in Hamilton County and Zionsville in Boone County. Lawrence Township in Marion County also is a target area. There are currently no Sonic restaurants in Hamilton or Boone counties.

“The reasons we target those areas is we think there is particular on-tap potential, especially to develop more in Boone, Hamilton and Marion,” Osley said. “We have 17 Sonics in the state, but we only have seven in the Indianapolis market. Our first step is finding qualified and enthusiastic franchisees who are entrepreneur-like who would like to hear more about the opportunity.”

Franchisee Todd Fugate, who also owns franchises in Avon and Camby, opened a Greenwood location in November. Another franchisee, Drew Keriwala, will open one in Kokomo in early 2017.

Osley said Fugate, who owns three Sonic restaurants, has plans to open three more in the next five years.

“With those two and new franchisees, we’re hoping to develop the market more fully in Indy,” Osley said. “We really like the Indianapolis area market. Some of the reasons are that we don’t have a lot of stores in the market and we have a very strong brand. We spend up to $200 million a year on national cable TV and digital strategy, so people in the market know who the brand is and they are excited when we get there. It’s a thriving restaurant scene. It’s a growing market. I’ve been out there a couple times in the last six months, and I love it out there.”

Osley said although there are many other fast food competitors, she said they have different menu options. Osley, who has been with Sonic for 11 years, said the corporate office offers unparalleled support to franchisees in terms of market studies, construction, operations and a training program.

Osley said many Sonic restaurants are offering inside seating, which is most conducive to the Indianapolis area, but there will be stalls for drive-ins.

“The nice thing with Sonic is you have flexibility with how you come to the market,” Osley said.