You are at:Home»Current in Carmel»Obituary: Helga Ann Menges Morford 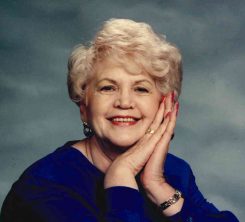 Helga Ann Menges Morford, 86, of Carmel passed away on Dec. 26, 2016. She was born on Jan. 24, 1930, in Heidelberg, Germany, the daughter of Maria and Wilfred Menges. She married Rudy Geyer, an American soldier, and moved to the US in 1948, eventually becoming a US citizen. She and Rudy had five children, and one of those children, Kathy, died as a small child. Helga had another child after her marriage to Rudy ended. She later married Walter Durham Morford.

Helga lived in Carmel two separate times for almost 30 years. She worked at the Carmel MCL Cafeteria for most of those years and leaves behind many good co-workers, good friends and great memories.

A special family memorial service is planned at a later date in South Dakota, where her cremains will be buried beside her baby daughter, Kathy.