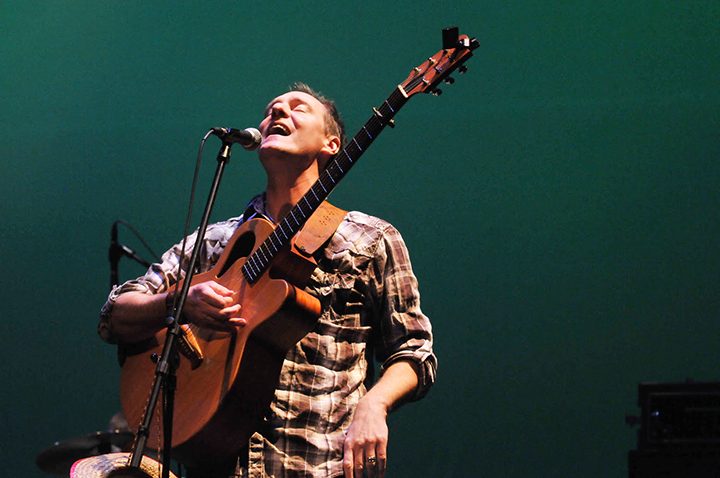 His Indianapolis appearance will be to celebrate the upcoming retirement of Indianapolis Hebrew Congregation Cantor Janice Roger.

“It’s an added bonus to me, personally, because when I was a child I belonged to Indianapolis Hebrew Congregation, and Cantor Janice was my cantor when I was a kiddo,” Nichols said. “Her professional life had an impact on me becoming a Jewish musician and being touched by the beauty and power for Jewish communal singing.”

Nichols will appear at the Indianapolis Hebrew Congregation, 6501 N. Meridian St., Indianapolis, for a concert at 7:30 p.m. Feb. 25.

“It’s a bit of a homecoming for me, not just to Indianapolis but IHC, where my Jewish story began,” said Nichols, who has performed a few times at IHC over the years.

Nichols, 47, moved from Indianapolis in the middle of eighth grade.

Nichols, who lives in Raleigh, N.C., spent 10 summers at the Goldman Union Camp Institute in Zionsville before receiving his degree in vocal performance at the University of North Carolina.

Nichols’s repertoire includes a wide range of sounds and styles, from energetic Jewish rock anthems to moving interpretations of traditional Jewish liturgy.Nichols started a Jewish rock band 20 years ago. The band is called Eighteen, which is synonymous with the related Hebrew word chai (life or long life).

Nichols will perform solo at the event honoring Roger.

“It will be an acoustic set with a lot more folk style in nature, and I’ll be doing more song leading,” Nichols said. “Essentially, the congregation will become the band, and I sure hope that I’m going to be singing with Cantor Roger. She is a very accomplished flute player. So, I hope she’ll be playing flute and singing with me.”