You are at:Home»Current in Carmel»Carmel Community»Friends of Hamilton County Parks to hire first executive director

In 2006, a small group of park enthusiasts formed Friends of Hamilton County Parks, Inc., a charitable foundation that offers support for green spaces and parks. Ten years later, the organization has grown enough to hire its first executive director. 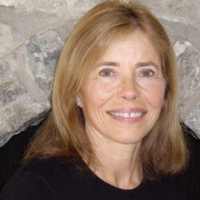 Foundation officials are searching for a candidate who lives in Hamilton County with fundraising experience and a passion for parks.

According to Judith Campbell, president of FHCPI, the foundation’s main purpose is to provide funding for some of the Hamilton County park’s projects that county tax dollars can’t fully support.

“Our foundation has a lot of fundraising to do to keep expanding and improving and developing on some of these fabulous parks,” Campbell said.

The foundation also is seeking interested junior high and high school students to be  part of its youth advisory council, which is working on a bumblebee project.

Campbell said the foundation wants to find donors who would like to name one of the upcoming facilities, including event spaces and conservatories.

The next big focus of the foundation is a capital campaign to develop and build a state-of-the-art conservatory at Coxhall Gardens, a $10 million project.

Anyone interested in learning more about these initiatives is encouraged to contact the foundation directly. For more, visit friendsofhamiltoncountyparks.org.