You are at:Home»Current in Geist»City councilors Zimmerman and Moeller encourage student decision-making with fund 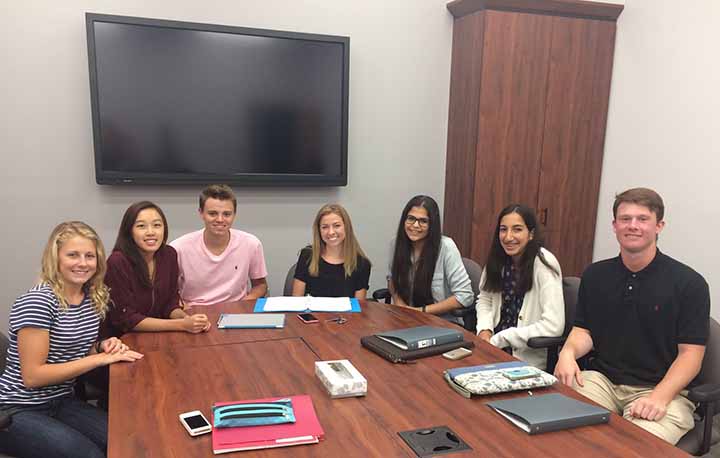 Eight junior and senior students had a chance to learn about philanthropy by exploring teacher grant applications and choosing which grants were awarded and how much due to the Zimmerman-Moeller fund established this year.

City councilors Todd Zimmerman and Eric Moeller each donated $500 to a grant fund.

“Todd and Eric are Fishers city councilmen that have been very active supporters of the school system, but they wanted to create an opportunity that was a little unique and different than anything that had been done before,” said Freedom Kolb, executive director of the Hamilton Southeastern Schools Education Foundation. “They decided to invest in teacher grants. They ultimately wanted students to voice what they wanted and to find out what current students find out is beneficial.”

Students facilitated the entire process from collecting grant applications to deciding which proposal was the most impactful. They could decide whether to award a smaller amount to multiple teachers or the full amount to one teacher. The students opted for the latter, and the grant was awarded to Fishers Elementary School for a project called “Growing Starts Here.” The project was designed by Denise Jarrett, Teresa Miller and Lori Fox. The grant will go toward establishing a hydroponic garden. Jarrett said Fishers Elementary School wants to be a catalyst for the school district by connecting healthy minds and a healthy body.

The equipment for the garden will be ordered during the school’s second semester.

“(The councilors) are hoping to grow (the fund) so additional members from the community can come and support them, and students can do additional projects,” Kolb said.