You are at:Home»Current in Carmel»Buzz Aldrin receives assist from Carmel’s Seven Corners during travel emergency

Aldrin, 86, was protected by Carmel-based Seven Corners’ travel medical insurance, which covers medical expenses, emergency transportation or evacuation and more up to $5 million, through his tour company. Aldrin arrived at the South Pole Nov. 29 and had trouble breathing with altitude sickness. His condition deteriorated, and he was evacuated and taken to Christchurch, New Zealand, for medical treatment. Aldrin, the second man to walk on the moon, is now back in the U.S. and feeling well. 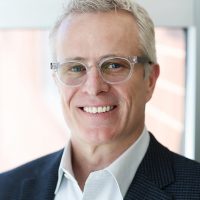 Seven Corners started in 1993 in Indianapolis and moved its office to Carmel in 2006.

“We are essentially a company that takes care of medical as well as protection when you travel away from home,” said Justin Tysdal, co-founder and CEO. “Most of the services involve insurance. For example, students going overseas, students coming into the the United States, people visiting overseas or into the United States. We do a little bit of corporate business, and IT workers that are located in other countries.”

Tysdal, a Carmel resident, said crisis management and kidnap and ransom services have been added this year.

“The whole package is designed to protect people when they are away from home,” Tysdal said. “Our history is in travel medical and international medical, but we’ve developed the trip cancellation piece.”

Tysdal said another example of how his company can help is if a client gets caught in a riot when traveling.

“They might say, ‘I’m stuck here, here’s what is happening around me, and I need some help. What should I do?’” Tysdal said. “We’ve seen some situations where the evacuation process is $200,000.”

Tysdal said the company has connections with doctors and hospitals around the world from its years in business. The company has 205 employees. Many are remote employees that don’t need to come into the office each day, Tysdal said.

“Most are in the Carmel and Indianapolis area,” Tysdal said “We do have remote (employees) in other parts of the country to primarily service clients, or there are some sales positions that are remote.”