You are at:Home»Current in Zionsville»Humane Society for Boone County finds a new home 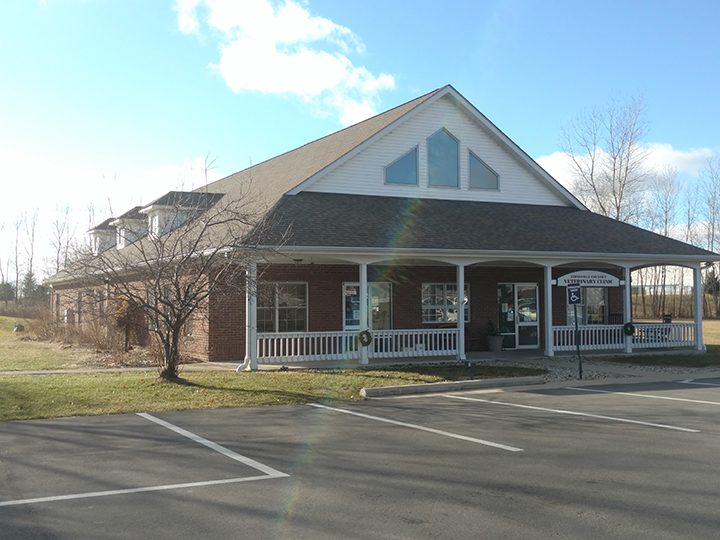 The Humane Society for Boone County will move into the facility that houses Zionsville Country Vet Clinic after the clinic moves to its new home. (Submitted photo)

The Humane Society for Boone County has finally found a permanent home.

“What a perfect way to start the new year,” said Mike Hancock, president of the Humane Society of Boone County.

The HSBC recently reached an agreement to purchase property from the Zionsville Country Vet Clinic in Whitestown and plans to open its doors when the veterinary office moves to a new location in the next few months.

“We thought we had nothing to lose by asking (Dr. Shari Lyons) what she was going to do with the old building,” Hancock said.

The plan had been to build a HSBC facility on roughly six acres of land donated to the organization in 2014. For several years, the organization raised funds and kept a separate account specifically for a future shelter.

Hancock said this was more of an immediate solution than building something new, which would have required more fundraising to cover operating expenses.

The new HSBC building, at 5366 S. Indianapolis Rd., will be a holding area for pets to be evaluated before they are sent to a foster home or serve as a temporary location if a foster is not immediately available. It will also be a place for shelter animals to receive vaccines and medical treatment.

“Even though we have a building now, we’ll use fosters because we have found that animals do best when they’re in a home setting where they get socialization skills and be around people as opposed to being in a shelter setting,” Hancock said.

Hancock doesn’t believe that extensive renovations will be required at the new building, but expenses will dictate how much will be left to create something on the donated land.

Hancock said Boone County Sheriff Mike Nielsen has an interest in an animal control facility, and that he and other board members know there is demand from the public for a bark park, but nothing has been decided by the board.