You are at:Home»Current in Geist»Looking ahead: Fishers focuses on development, Lawrence on infrastructure, public safety in 2017

People in the Fishers community have a lot to look forward to in 2017, according to Fishers Mayor Scott Fadness.

The New Year will bring economic development projects, like IKEA and Braden Business Systems, and lifestyle investments such as Topgolf and The Yard, as well as public safety reinforcements funded by the 2017 budget. 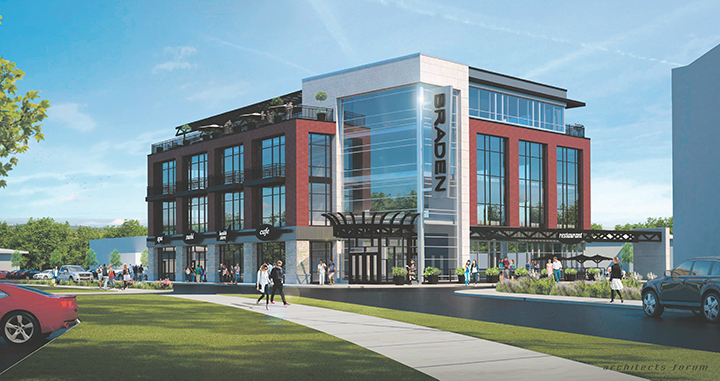 NORTH OF NORTH AND CORPORATE HEADQUARTERS

Braden Business Systems is under construction at 7 Municipal Dr. The relocated corporate headquarters will bring approximately 70 jobs to the Nickel Plate District. The entire North Street redevelopment project, North of North, is approximately 35,000 square feet and four stories with an outdoor terrace. Braden will occupy 20,000 square feet, and the City of Fishers will lease out the remaining 15,000.

RQAW Corporation will relocate its headquarters to the Nickel Plate District in part of a mixed-use development project proposed by the city. (Submitted photos)

Another corporate headquarters coming to the city is RQAW Corporation, an engineering and architectural firm, investing $4 million to relocate its headquarters in the Nickel Plate District at the northwest corner of North Street and Lantern Road. RQAW will occupy 15,000 square feet of a three-story office building as part of a $47 million project proposed by the city. The remaining 15,000 square feet of the office building will be leased by the city. 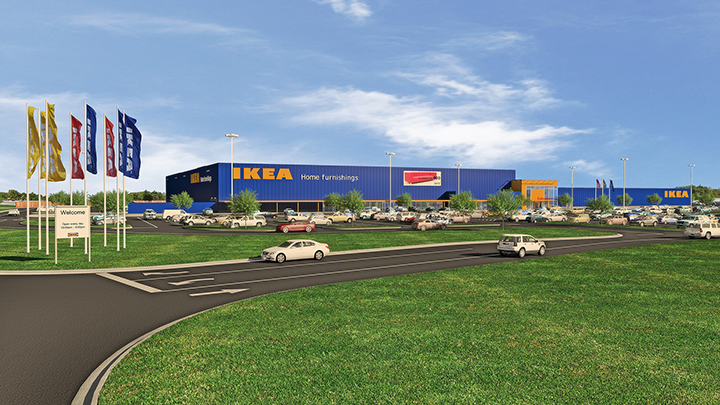 The much-anticipated IKEA is on track to be complete by fall of 2017.

Perhaps the most anticipated project in Fishers plans to open in fall 2017. IKEA expects to employ approximately 250 people in the nearly 300,000-square-foot space southeast of I-69 and 116th Street. In addition to the retail space, the store will feature a supervised children’s play area, a 325-seat Swedish restaurant and more. Construction is expected to create 500 jobs.

With Fadness saying it is public-safety heavy, the 2017 city budget will allow for four police and fire staff to be hired, the construction of a new police headquarters and a training facility for the fire department that could allow for live fire training and an update to the public safety fleet.

“I think next year is a significant investment in public safety with the new police headquarters. The community has grown pretty significantly over the last year, and it’s a well-needed investment,” Fadness said. “I think we’ve clearly made that function of city government a priority in the 2017 budget.” 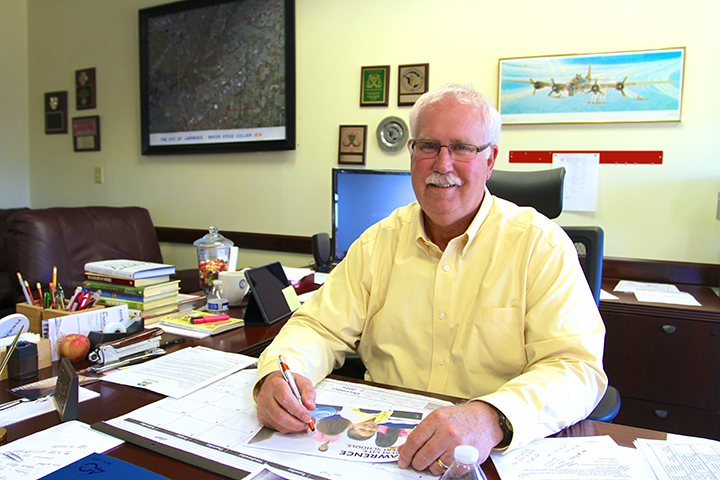 The City of Lawrence is ending 2016 with a surplus of nearly $1.7 million for its capital improvement/rainy day fund.

“This is truly unencumbered money and therefore can be called a surplus that can be used toward any unexpected emergencies,” Lawrence Mayor Steve Collier said. “We can project that this will continue to grow slowly through 2019.”

In February, S&P will conduct a bond rating for Lawrence. Collier said the city’s current bond rating is an A-.

Collier said the city’s receiving of a $1 million matching Community Crossroads Grant put Lawrence in a position to complete eight of 20 paving projects that began in October. The remaining 12 projects will be completed in 2017.

“The city is also in excellent shape to apply for the (grant again) in 2017,” Collier said.

Also to be completed in 2017 is the installation of the remaining high retroreflectivity signs throughout the city. A federally mandated program, phase one is complete and phase two will begin in the spring. By its completion, more than 10,000 road signs will have been replaced.

Over the past six months, a study has been completed to identify stormwater problem areas throughout the city. Collier said from the study, three major stormwater projects have been named at Pogue’s Run, the industrial park on Pendleton Pike and at 46th, 47th, 48th Streets along Richardt Street.

One large project that will be completed at the beginning of 2017 is the city’s rollout of all police officers being equipped with body cameras.

“Our officers will actually be fully outfitted with the camera on their body,” Collier said. “Right now they’re all being fitted. They have to be fitted just like a tailored tuxedo. So, all of the uniforms are in, we just have to make some final adjustments.

“We’re very proud to say that we’re really the only community of our size in this area that has a full body-cam rollout. Even though we’re a relatively small city in comparison to some of the larger, urban areas (at 50,000 people), we have a lot of the same problems that urban areas have.”

The Lawrence Police Dept. will also see the addition in at least 12 vehicles.

The fire department in 2016 received a new, $1.1 million fire engine and will get a new fire ladder in February and new command vehicles throughout the year.