You are at:Home»Current in Fishers»Looking Ahead: Braden, Topgolf and more to come in 2017

The Yard is a culinary accelerator proposal. (Submitted rendering)

Residents of Fishers have a lot to look forward to in 2017, according to Fishers Mayor Scott Fadness.

The new year will bring economic development, such as IKEA and Braden Business Systems, and lifestyle investments such as Topgolf and the approval of The Yard, as well as public safety reinforcements funded by the 2017 budget. 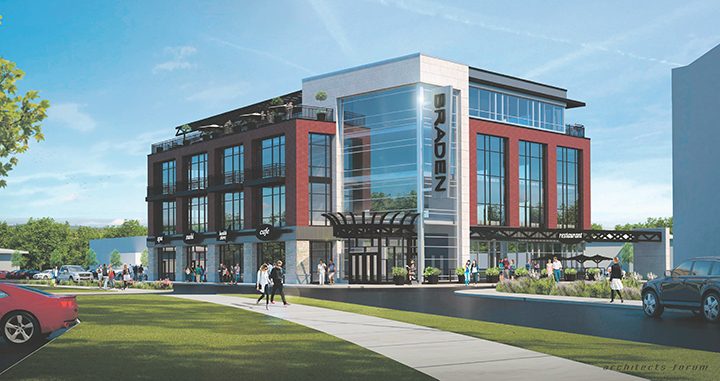 NORTH OF NORTH AND CORPORATE HEADQUARTERS

Braden Business Systems was announced at the State of the City and is under construction at 7 Municipal Dr. The relocated corporate headquarters will bring approximately 70 jobs to the Nickel Plate District. The entire North Street redevelopment project, North of North, is approximately 35,000 square feet and four stories with an outdoor terrace. Braden will occupy 20,000 square feet, and the City of Fishers will lease out the remaining 15,000. Fadness said the city has plans for one tenant already, but space for others remains.

“In reviewing all of our options to call home for our team, Fishers rose quickly to the top of the list,” Dave Braden, president of Braden Business Systems, stated in a press release sent to Current.

RQAW Corporation will relocate its headquarters to the Nickel Plate District in part of a mixed- use development project proposed by the city.

Another corporate headquarters coming to the city is RQAW Corporation, an engineering and architectural firm, investing $4 million to relocate its headquarters in the Nickel Plate District at the northwest corner of North Street and Lantern Road. RQAW will occupy 15,000 square feet of a three-story office building as part of a $47 million project proposed by the city. The project also includes a mixed-use building and a 500-spot parking garage. The remaining 15,000 square feet of the office building will be leased by the city. 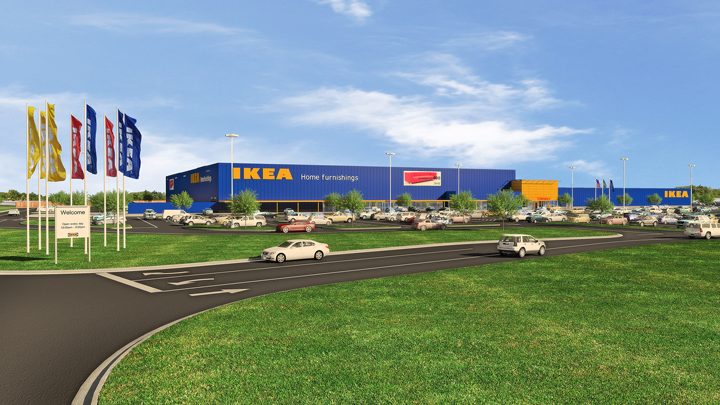 The much-anticipated IKEA is on track to be complete by fall of 2017.

Perhaps the most anticipated project in Fishers plans to open in the fall. IKEA has begun the placement of its iconic blue panels after a ground-breaking in October. The retail store expects to employ approximately 250 people in the nearly 300,000-square-foot space southeast of I-69 and 116th Street. In addition to the retail space, the store will feature a supervised children’s play area, a 325-seat Swedish restaurant and more. Construction is expected to create 500 jobs. 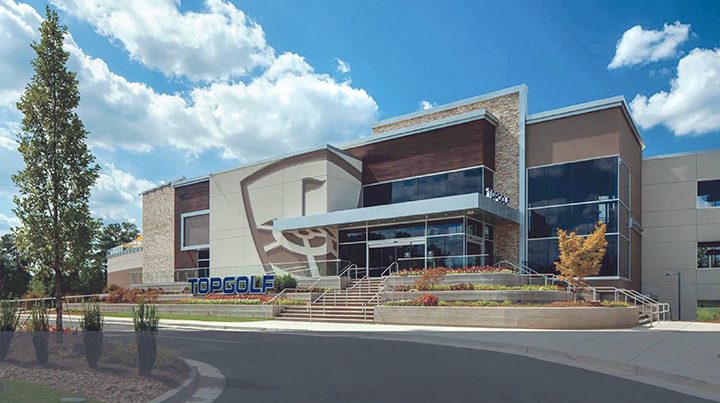 Topgolf will bring a driving range, private rooms and more to Fishers next fall.

In addition to all the economic development with corporate headquarters and new businesses, Fishers will see the opening of Topgolf in the fall.

“There’s a lot of excitement about this particular project,” Fadness said. “It allows for state-of-the-art driving range experience along with restaurants and bars. I think it’s more about creating unique amenities for our residents to (enjoy.) I think it adds a dynamic element to our city.”

The Fishers location will be Topgolf International’s first Indiana location. The three-level Fishers location will include 102 climate-controlled hitting bays that can host up to six players at one time; more than 230 high-definition TVs; 3,000 square feet of private event space; and an extensive food and beverage menu.

=The Yard plans to include 10 to 12 restaurants and a culinary accelerator.

Fishers took strides at its December city council meeting to bring a culinary incubator to the city in the form of The Yard, a 17-acre project hosting 10 to 12 restaurants with one or two culinary accelerators in the center on approximately one acre of green space. As of press time, the annexation of the Delaware Township land into the City of Fishers and the rezoning from residential to commercial has not taken place, but the city did approve an economic development agreement with petitioner Thompson Thrift Retail Group that includes approximately $7 million in bonds, a waiver of impact fees and the establishment of a tax-increment financing district.

Four additional police and fire staff will be hired. Fadness said the 2017 Budget is public safety heavy. The budget also calls for the construction of a new police headquarters and a training facility for the fire department that could allow for live fire training and an update to the public safety fleet.

“I think next year is a significant investment in public safety with the new police headquarters.  The community has grown pretty significantly over the last year, and it’s a well-needed investment,” Fadness said. “I think we’ve clearly made that function of city government a priority in the 2017 Budget.”

“I think it’s an exciting time in 2017,” he said. “You’ll see the completion of some of these much-anticipated projects like IKEA, Topgolf and downtown development, and people will have the opportunity to enjoy them.”