You are at:Home»Current in Geist»Late principal Susan Jordan honored 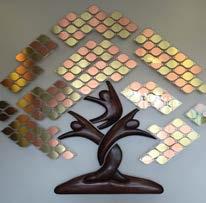 The Tree of Life Memorial was created after 2012’s school shooting at Sandy Hook. (Submitted photo)

Following the events at Sandy Hook Elementary in December 2012, where twenty children and six adult staff members were killed during a school shooting, the NAESP had a sculpture designed and created in memory of Sandy Hook principal, Dawn Hochsprung, who was killed during the shooting.

Named the Tree of Life Memorial, the sculpture honors her life and service, as well as the lives and service of others who have made extraordinary sacrifices as school leaders. 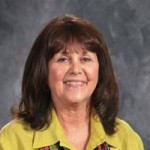 In March of 2016, the Presidents of the Indiana Association of Elementary School Principals attended the National Conference in Washington, D.C. While there, the Indiana Delegation recognized Jordan.

Jordan’s name was added to one of the copper leaves on the Tree of Life memorial. To date, there are five names that have been engraved on the leaves.