You are at:Home»Current in Carmel»Hamilton County pulls in most single-family permits for 2016 with 2,022

The Builders Association of Greater Indianapolis has released the single-family building permits for its nine-county area. Permits rose 13 percent from last year and 21 percent over last month. BAGI announced a rise in numbers for the 12th straight month, a surge last seen in 2007.

Some permit surge is attributed to a “post-election bounce,” according to a press release from BAGI. Permit spikes in Hamilton County experienced a 15 percent increase. 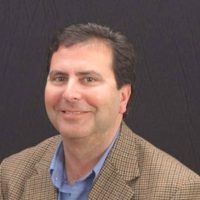 “The local housing market continues to be strong, and market analysts say it will continue with steady gains in 2017,”  Steve Lains, CEO of the Builders Association of Greater Indianapolis, said.  “Local builders remain sensitive to the labor and lot shortages and rising mortgage rates, but the consumer confidence levels and the strong recovering economy seems to help balance the marketplace right now.”