You are at:Home»Current in Carmel»Carmel Cover Stories»Constructing a new year: Monon, Midtown, more roundabouts among project to take shape in 2017

2017 will be a big year for construction in Carmel. Several projects will either be finishing up or just beginning, with a main focus apparently on the Monon Trail and the Midtown area.

More than two years ago, developers announced the ambitious project to transform the once-industrial part of Carmel along the Monon between the Carmel Arts & Design District and the Carmel City Center into a multi-building neighborhood with more than $150 million in development. In 2017, the first buildings will likely be finished. But that’s only part of Carmel’s aggressive year of construction. 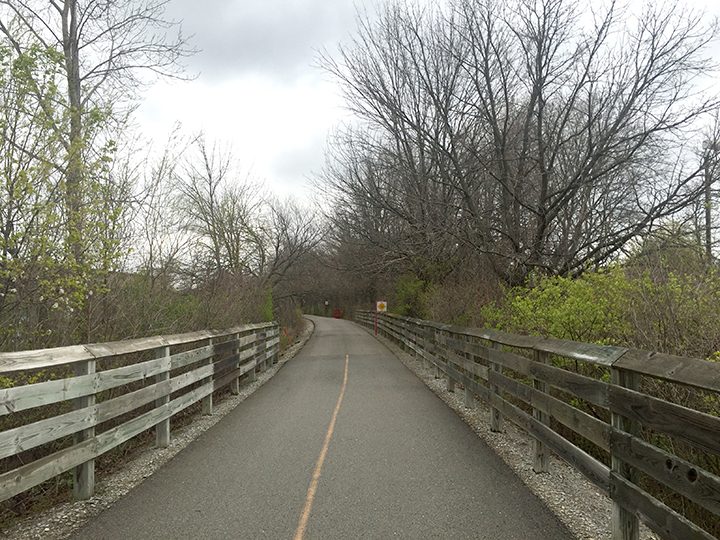 A plan calls to expand the Monon Trail near the Midtown area. (File photo)

In 2017, the Monon Trail will become an even more integral part of Carmel. New development will be centered around the former railway turned multi-use path, which means the Monon will receive a bit of a makeover. The City of Carmel hired Gehl Studios to conduct a study of the Monon and Range Line Road. Using these suggestions, the city will construct a Monon Boulevard, which includes a wider trail to accommodate pedestrians and cyclists, with one-way streets for motorists built on either side. Additional east-west streets might also be built to improve connectivity and create shorter city blocks for walkers, runners and cyclists. 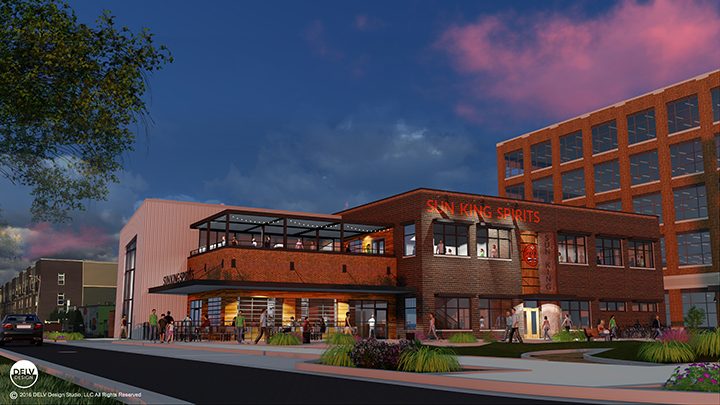 After years of announcements, some buildings will be complete in the Midtown neighborhood in Carmel. The Sun King Brewery tasting room and distillery has a fast construction schedule and could open in fall of 2017. Allied Solutions’ new headquarters is scheduled for a late 2017 completion date as well.

Monon and Main is a mixed-used development that will consist of an upscale steakhouse, offices, retail, townhomes and a park. (File photo)

Just North of Midtown, a new parking garage is in the works for a $30 million mixed-use development led by Chuck Lazzara and his son, Anthony. The project, across from Bub’s Burgers and Ice Cream, includes an upscale steakhouse, retail space, residential units and a public plaza.

An ice rink is planned near the Palladium. (File photo)

Just South of Midtown, Monon users will stroll past the city’s new ice skating rink and public plaza outside of The Palladium, where the center green sits. The new hard surface will allow for more space for the Carmel Farmers Market and wintertime activities.

On Range Line Road, it’s possible that one of the three driving lanes could be eliminated to allow for wider pedestrian and cycling paths on either side. Street-side parking spots also could be eliminated to allow for more space for paths, but the scope of the project is still up for debate among the Carmel City Council and the Mayor’s Office. New roundabouts on Range Line Road will be constructed at 116th Street, City Center Drive, Executive Drive and 4th Street. 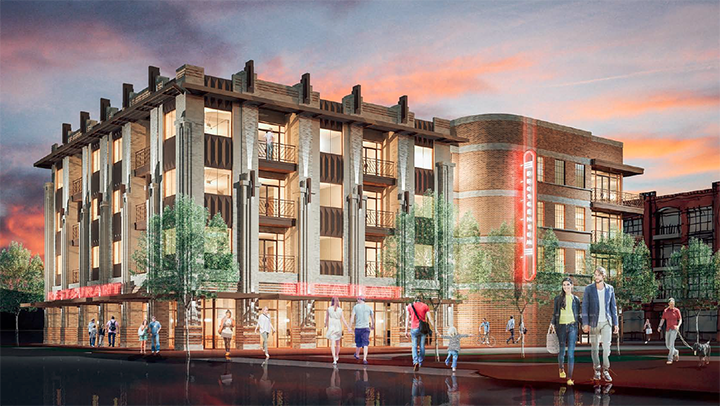 The Proscenium is under construction with a 2017 expected completion date. (File photo)

In 2017, Anderson Birkla plans to finish its $60 million mixed-use development called The Proscenium at the former site of Party Time Rental. The project includes underground parking and several buildings for apartments and office space with retail offerings on the first floor. The buildings will face a center community green with a brewery-style restaurant adjacent. 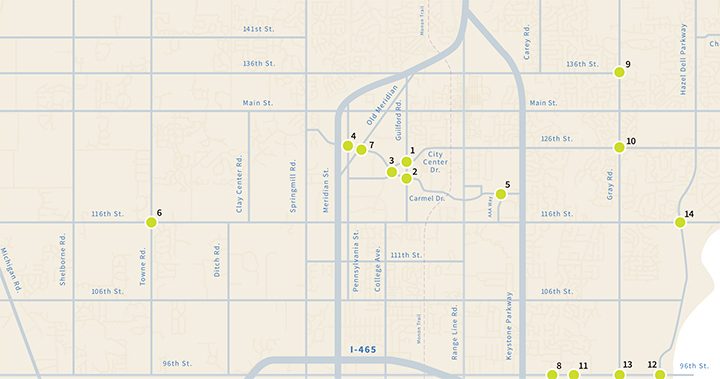 Many Carmel motorists were frustrated with the number of roundabouts under construction in 2016, but the 2017 roundabout construction schedule is even more intense. The biggest – and likely the most disruptive – might be 96th Street and Keystone Parkway roundabout, a project that could stretch into 2018.

In addition to the Range Line Road roundabouts, the city will begin or complete work on the following roundabouts in 2017:

The city plans to acquire land at Main Street and Range Line Road for a mixed-use development. (Photo by Ann Marie Shambaugh)

Carmel Mayor Jim Brainard has long talked about transforming the lot for PNC Bank at Range Line Road and Main Street into a multi-story, mixed-use development with retail along the street level and either residential units or office space above. He said the city has acquired almost all of the property to make the project happen and he thinks it could start  in 2017. 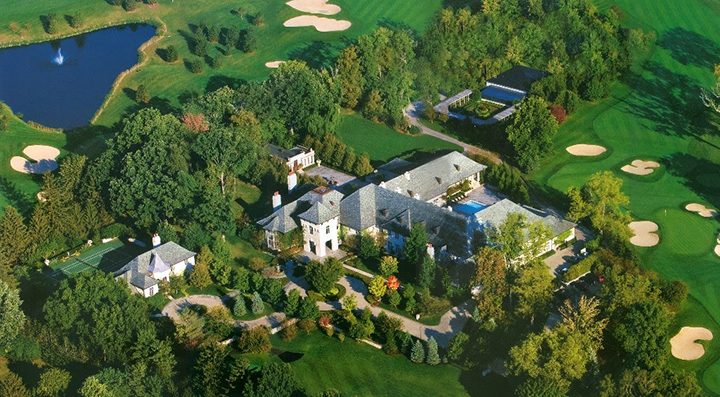 The Simon Estate is planned to be the center of an upscale neighborhood. (File photo)

NEW CITY COUNCILOR — City Councilor Carol Schleif resigned at the second-to-last City Council meeting of 2016, and the clock began ticking for a replacement to be named. A meeting date will be set in early January, and an 11-member caucus made up of precinct committemen will select someone to finish out the three years on her term. Several names have been floated as interested parties and one precinct committeemen said there might be more people wanting to fill the spot than there are precinct committeemen.

CFTPA DIRECTOR SEARCH — In August, Tania Castroverde Moskalenko, president and CEO of The Center for the Performing Arts, announced that she accepted the position of CEO at the Auditorium Theatre in Chicago. Attorney Jeff McDermott has been serving as the interim replacement, and a committee will continue to search for a permanent CEO in 2017.

ARTS EVENTS — Big names to come to The Palladium in 2017 include country singer Sara Evans, country singer Martina McBride, jazz group The Yellowjackets, the Vienna Boys Choir, country singer Kenny Rogers and more. The Warehouse is bringing in acts that include Sara Watkins, Rich Hardesty, John Waite and more. Booth Tarkington Civic Theatre will present such shows as “Rumors,” “The Cat in the Hat,” “The Complete Works of Shakespeare,” “The Music Man” and “Seussical.” The Actors Theatre of Indiana will conduct shows that include “Beyond the Rainbow” and “It Shoulda Been You.”