You are at:Home»Current in Carmel»Carmel Community»Carmel Friends Church pastor takes leave for cancer treatment in Australia

Carmel Friends Church pastor Keith Glasgow knows he left his parish in good hands when he returned to his native Australia for medical treatment earlier this month. 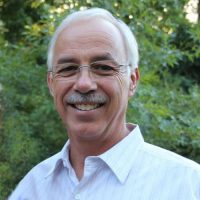 Kyle Strong will serve as interim pastor. Strong’s wife, Carrie, will sing and be involved in the ministry at the church, 651 W. Main St.

“That’s a real provision from God as far as we’re concerned,” said Glasgow, who plans to return March 1.

Glasgow, 67, said he was fortunate to discover he had prostate cancer earlier this year.

“It’s quite an amazing thing, we were back in Australia on vacation and getting my work visa renewed,” said Glasgow, who was joined by his wife, Marg. “I went to the doctor to have my PSA (Prostate-Specific Antigen) levels checked and found that I had prostate cancer. The surgeon suggested the best thing would be to remove the whole prostate.”

Glasgow said his insurance in the U.S. didn’t cover the procedure. They came back to Carmel before returning to Australia for the operation in June.

“After the operation, the report showed it was a more aggressive form of cancer than they thought it would be, and I need to have radiation therapy,” Glasgow said. “Almost all the cancer retained within the prostate was removed. It was just a little bit that spread outside into the tissues around.”

Glasgow said he had injection treatments in the U.S. but needed to go back to Australia where his insurance is better for the radiation therapy.

“It’s the kind that spreads faster than other forms of prostate cancer,” Glasgow said.  “That’s why it’s really good that we caught it.”

Glasgow said the Strongs, pre-field missionaries with an agency called World Team, moved from Michigan with others to start mission work to help immigrants who are living in the area.

“They were planning to start with the team on this new venture and when we heard that, we asked would you come earlier and be the interim pastor,” Glasgow said.