You are at:Home»Current in Carmel»Carmel Community»Carmel Clay Historical Society app unveils the past through site-specific photos

During the summer, members of the Carmel Clay Historical Society saw hundreds of people walk past the Carmel Monon Depot Museum on their phones playing Pokemon Go. Now, CCHS plans to use similar technology to create an app to get the public to learn about Carmel’s history.

CCHS has teamed with students from Ball State University to create an app that allows people walking along the Monon Trail and other parts of Carmel to see points of interest on a digital map. Users could touch the icon to reveal historic photos of Carmel from that location. 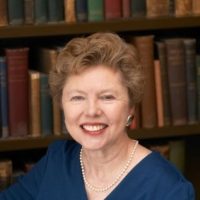 Originally, the app creators thought they would use augmented reality technology similar to that used in Pokemon Go, but it appears that may not be a possibility until phase two of the project.

“It’s such a cool project,” said Virginia Terpening, volunteer with the Carmel Clay Historical Society. “The technology is above my head, but it sounds really neat. It’s just 21st century stuff.”

Some businesses along the Monon Trail and Main Street could display QR codes in the windows to promote the app and direct people to download it. The project will be complete this winter as the first semester wraps up at BSU, but a launch will be scheduled for the spring, likely during Founders Week, usually the second week of May. This will allow time to test the app and fix any bugs, and a warm-weather launch seems more condusive for people walking and using it.

“It made no sense to launch in the bitter cold,” Terpening said. 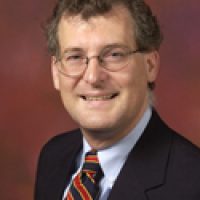 The focus is mostly on the Monon. The Monon Railroad Depot was built in Carmel in 1883 and businesses were built around the train tracks so products could be shipped easily.

BSU history professor Ronald Morris has led his students to work on this “immersive learning project” that involves computer technology and historical research. Some students involved with the project are computer science majors while others are studying history.

“It’s been a daunting task for me, since this project involves mostly web programming,” said Brayden Fox, a senior computer science major. “I have been exposed to knowledge and skills that can help me in my future career.”

Morris said the goal is to expose Carmel residents to the history of the trail and other important areas of the city.

“I am a big believer in trying to keep a place’s history alive, even if some people think it isn’t important,” history graduate student Anna Kinnen said. “Indiana and the surrounding areas had this great resource of interurban tracks and they were just allowed to fade away.”

Terpening said photos will be from a variety of time periods where the photos are available but the most interesting ones to some are the photos after Carmel’s big fire in 1913 along Main Street.

“You show this picture to children and they just gasp,” she said. “We call it the worst year in Carmel history because there’s the fire and the flood all in the same month.”