You are at:Home»Current in Fishers»10-year-old’s nature photos selected for Indianapolis Artsgarden display 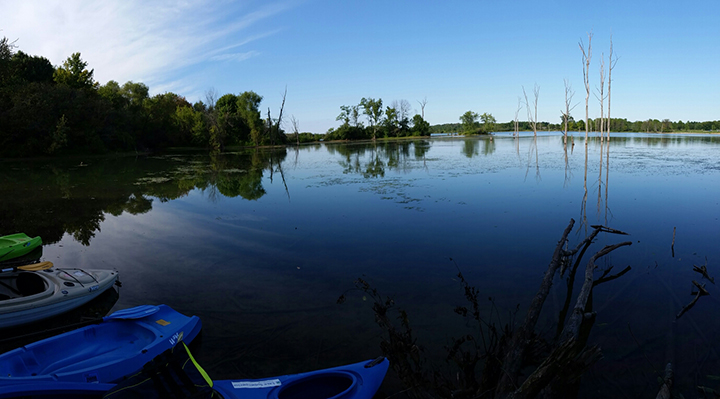 Madelyn Harmeyer’s nature photo was selected to be displayed at the Indianapolis Artsgarden. (Submitted photo)

Fishers resident Madelyn Harmeyer will have two photographs on display at the Indianapolis Artsgarden. The Arts Council of Indianapolis held an open national call for nature photographs. The finalists were selected by panels that included representatives from The Nature Conservancy, expert naturalists and professional photographers.

“It was through the Nature Conservancy and Indianapolis Arts Council. So, the art contest was taking photographs in nature,” said Reilly Harmeyer, Madelyn’s mom.

While being chosen as a finalist is impressive, it’s especially impressive because Harmeyer is only 10 years old. Only nine children were chosen to participate in the exhibit. She will have two photos on display from Jan. 2-23.

“One of my photos was of the overlook of the lake at Summit Lake in the fall. The other is of a bug on a flower,” Madelyn said.

She has her mom to thank for finding the contest.

“My mom looked at my photos, and she thought they were really good. She told me about the contest, and I wanted to do it,” she said.

“I saw the contest on Twitter the weekend after she had taken all these photos on my phone. We were all looking at them thinking these are really good photos. So, it was perfect,” Reilly said.

Her winning photos were taken with a phone. Her parents said they are proud of their young daughter’s accomplishment.

“She has gotten into some contests before and we love that she is so art oriented. We’re very proud,” Reilly said.

Madelyn and her mom plan to go see the exhibit once it’s up at the Artsgarden.