Marc Huber is eager to share the strengths of Carmel Symphony Orchestra. 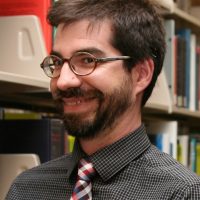 “Some really exciting things are happening at Carmel Symphony Orchestra right now, and I look forward to helping the organization continue to grow,” Huber said.

“I have great appreciation for music and musicians, because I am lousy when it comes to playing any instruments myself,” Huber said. “We have relatives who live in Carmel, and so I have known of the Carmel Symphony Orchestra for quite a long time. This orchestra is truly special. I really appreciate its family-friendly approach to classical music performances and the focus on music education and appreciation.”

Huber, a Fishers resident, previously served at IUPUI University Library in a similar capacity. Prior to that, his experience includes being assistant director of development at the American Library Association; director of major gifts and planned giving at the American Academy of Pediatrics; and as annual giving officer at The Rotary Foundation of Rotary International.

“He has a huge amount of experience in fundraising in the nonprofit world,” CSO President Alan Davis said. “We’re very lucky to have him.”

Huber, 43, grew up in Hamburg, Germany, and went to Barat College in Lake Forest, Ill. in 1992 to study theater design. His plan was to return to Germany, but that changed when he met his future wife, Erika, during his second year in college. They have three children, Camilla, 17, Daniel 12, and Sofia 5. The family lived in Chicago suburbs until 2013 before moving to Fishers when Erika got a job with IUPUI.

Huber’s position with CSO is part-time.

“I’ve held numerous progressive fundraising positions for the past 18 years, and I am looking to provide some fundraising consulting and training to the extent that my current role with the Carmel Symphony Orchestra can accommodate,” he said. “I believe a lot of small and mid-sized nonprofits would benefit greatly by occasionally checking in with a fundraising consultant, the same way you’d take your car to a mechanic for regular tune-ups.”

In November, he published his first book, “The Fundraising Co-Pilot,” which he hopes will be a helpful resource for volunteer fundraisers and board members.