You are at:Home»Current in Carmel»Encore-Sotheby’s to construct $5M Indiana headquarters in Meridian Corridor 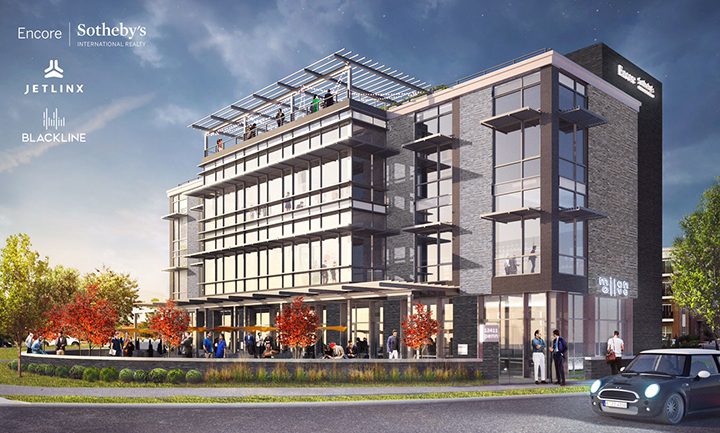 Encore-Sotheby’s International Realty, a boutique real estate firm with more than $200 million in business for 2016, announced the construction of a new Indiana headquarters along Carmel’s Meridian corridor. 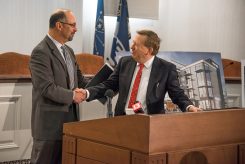 The $5 million building will have nearly 20,000 square feet of space and will also be home to a local office for Omaha, Nebraska-based Jetlinx, a private air travel company. Jetlink has an office at the Indianapolis airport that they plan to keep as well.

The first floor of the building will have a restaurant and possibly some retail, but no contracts have been signed yet. Outdoor dining is in the plans along with a parking lot and on-street parking. The three-story building at 12411 Pennsylvania Ave. will have a rooftop garden.

Carmel Mayor Jim Brainard said no tax incentives were offered for the deal except “our usually low property tax rates,” he said.

Brainard said he was happy to see the project take shape at the intersection of Old Meridian Street and Pennsylvania Avenue, which is a triangular property that could be hard to develop.

“We are also very pleased to see the creativity in design and construction on a building that will occupy a rather odd-shaped lot in a very busy corridor,” he said. “We look forward to watching the company grow in the future.”

The local office has 40 employees and more could be hired, said Encore-Sotheby’s principal Mark Zukerman.

“We are excited to create a collaborative space for our brokers, business partners, clients, and the community,” he said. “With nearly 20,000 square feet, the building will be our headquarters and provide additional space for retail, business and restaurant tenants.”

The land was acquired in November, and Zukerman said he hopes to move in by the end of 2017.