You are at:Home»Current in Fishers»Second Escape Room opens in Fishers, targets millennials

A vacation turned into a business opportunity for a Geist couple 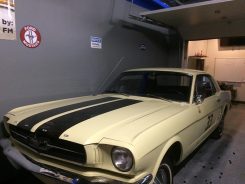 An example of one of the escape rooms in FIshers. (Submitted photo)

“We were visiting good friends of ours in Budapest, Hungary, (in 2014) and they took us to an escape room in the basement,” said Marj Neal. “It was musty and all. But we had a blast and came back and said we’re going to start one in Indianapolis.”

When looking to start one, they met another couple interested in starting one. Fishers residents Brendon and Jennifer Harbron had visited an escape room in Nashville, Tenn., in spring 2015.

With the help of other investors, they joined forces to open The Escape Room Indianapolis in December 2015. Now the couples are opening another one near home. The Escape Room Fishers, 8890 E. 116th St., Suite 210) opened Dec. 1.

“We looked at a lot of places in Carmel and north side,” Neal said. “As soon we walked in this space, we said ‘this is it.’ Part of it is Fishers has the largest millennial growth in the state and we know this appeals to millennials and families. This corner is becoming so popular. We knew this is as nice of a location north as we have downtown on Meridian Street.”

The visitors first enter a room designed as a speakeasy, which offers Indiana beers and wines for sale.

The Fishers location includes identical race rooms where teams compete to see who gets out the fastest. But the overall goal for each group is who can beat the clock and get out of all the rooms in an hour. There is an Escape from the Titanic room and a 1776 room.

“Brendon is a history buff, and he took great care to make it very educational as well,” staff member Ann Sobierajski said. “He’s even asked some help from some former POWs.”

The Escape Room in Indianapolis has different room setups.

The Fishers location is open seven days a week. For more on hours and to buy tickets, visit escaperoomfishers.com.