You are at:Home»Current in Westfield»Italian teenage student spends year in Westfield through Rotary International 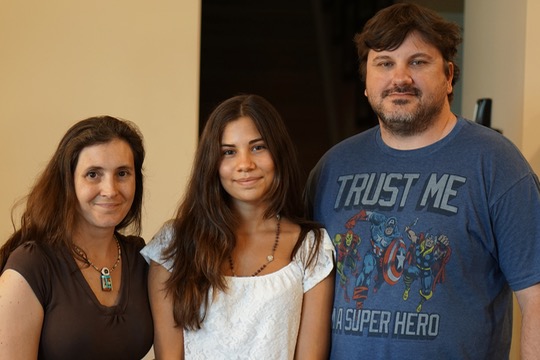 Maria Vittoria Basile is from Padua, Italy, a city approximately 30 minutes from Venice. She’s used to being able to walk everywhere, choosing her school based on what she wants to study and attending six days a week. In America, specifically Westfield, it’s different. 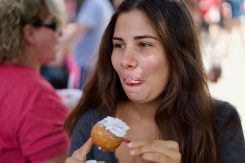 Basile, known as Mavi to her friends and host families, will spend the 2016-17 school year in America as part of an exchange program with Rotary International.

“Rotary International has a large youth exchange program,” said Renee Goff, one of Basile’s host parents. “The key part of the program is a true cultural exchange. The kids have requirements when they come, like specific classes. When they study in school they take an American history class, an American English or (literature) class. Really, it’s for a cultural exchange more than anything to get them exposed to different families and background and cultural beliefs.”

Basile takes part in the Interact Club at Westfield High School, which is the youth extension of the Rotary Club. Goff is a Rotarian, and Basile has attended a few Rotarian events.

“In Italy, I lived in a city, and here it’s a city, but I don’t live in the center of the city and have the center of the city to go out with my friends,” Basile, 17, said. “I’m not able to go out and around by myself. The school is completely different in Italy. The schools are like you choose your school not for the city but for the subject you want to study. They have a lot of different schools, and mine is specific in business, so I have a lot of business classes.”

Basile plans to return to Italy next August, after a Rotary conference in Grand Rapids, Mich., that she will attend.

So far, Basile said her favorite foods are cinnamon rolls, doughnuts and buffalo wings. Goff said  the first time Basile tried a milkshake, she couldn’t choose a flavor, so she drank two.

“I like eating food here,” she said. “I think it’s part of the culture to try new things. I’m trying new things, and I went to the state fair.”

As far as Westfield High School, Basile said her favorite class is Spanish because it’s close to Italian and she enjoys her teacher.