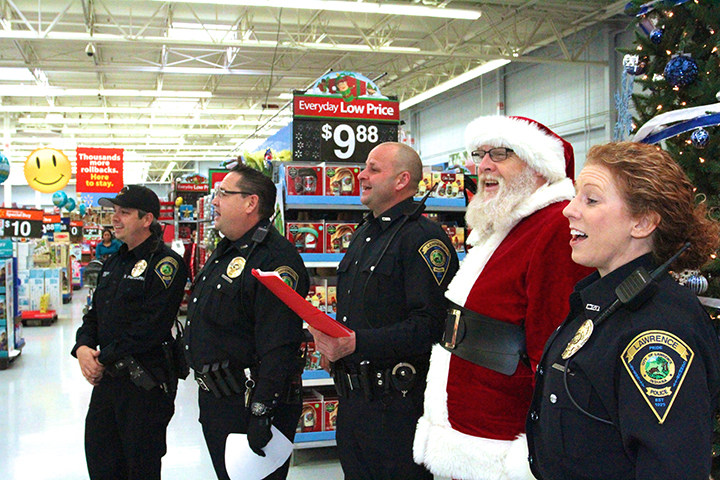 For the 2016 holiday season, Lawrence Police Dept. officers are doing something out of the ordinary – caroling.

Mirrored in other police departments throughout the nation, Caroling Cops isn’t a new concept, but this year, it’s new to Lawrence.

Five LPD volunteer reserve officers – Steve Fishburn, Jamon Jack, Diane Mack, Brian Robertson and Eric Trost – have come together to offer their musical talents to not only spread cheer, but also to help build community relationships and flat-out surprise the public, who typically see a group of police officers together and think something is wrong.

The group’s first performance this year was at the City of Lawrence’s holiday festivities and tree-lighting ceremony Nov. 26, but now the group plans to pop up at various places throughout the community for “flashsong” appearances.

The group’s leader, officer Jamon Jack, has experience as a Caroling Cop.

“I am an original caroling policeman, so I did this originally in 1997,” said Jack, who has been an LPD officer for four years and worked for IPD previously. “We went that year to sing on the ‘Rosie O’Donnell Show’ in New York City. I hadn’t done anything with it since, so this is kind of a brand new thing to help reignite it.

“Our vision for the program is to break the ice a little bit for people to see officers in a different light. There’s a lot of division right now, and the holidays are really just about embracing that holiday spirit and putting away all of that division.”

Although she hasn’t been a Caroling Cop before, officer Diane Mack, who’s been on the LPD force for less than a month, has experience singing with Capital City Chorus, an a capella women’s barbershop quartet, and the Indianapolis Symphonic Choir.

“This was just a natural progression of spreading the good will,” Mack said. “The idea is to really get the community involved to help show that we’re part of the community. This is the community that we love and support, and we’re embracing the Christmas season just like everybody else.”

“I’m not involved with music outside of work really at all. I just like to sing for myself,” said six-year LPD officer Steven Fishburn, also a Caroling Cop. “We want to try to do this as much as we can, and we’re hoping to get a really positive response.”

From now through Christmas and the end of the year, the Caroling Cops said they are hoping to pop up on weekends or throughout the week at least one day each week at hospitals, senior living communities, coffee shops, schools, retail stores and more. 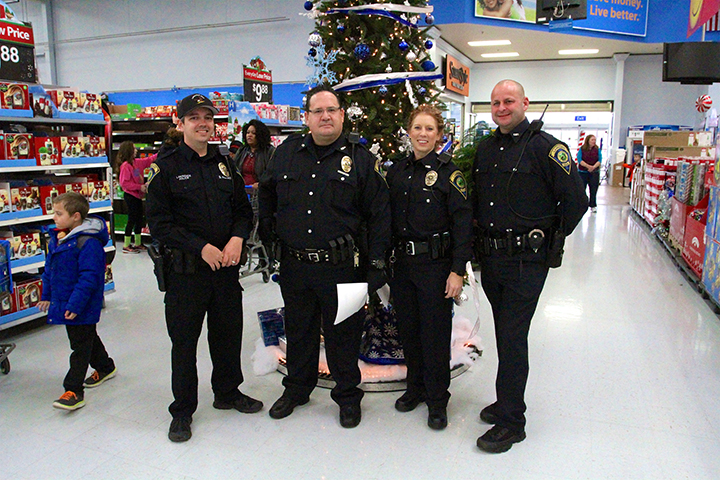 GOALS OF THE CAROLING COPS

Building community relationships—“Whether it is a person at a senior living community or standing on a corner waiting to cross the street, this program will open many avenues to new relationships,” Woodruff said.