You are at:Home»Current in Carmel»Carmel Community»Carmel Clay Schools to consider redrawing school board districts

Carmel Clay Schools is considering redrawing its school board districts. 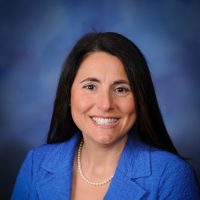 During the past 15 years, CCS has redistricted students several times to balance growth. The voting precinct lines have changed, but the districts where school board members must reside had not been reevaluated for balance and split precincts.

School Board President Layla Spanenberg said in the spring of 2012 the board set a goal to review all CCS policies and bylaws using a very systematic approach.

“While reviewing Bylaw 0142 Elections/Appointments, which defines CCS board districts, the committee noticed that the bylaw had not been reviewed since 1999,” Spanenberg said. “During the review process a significant imbalance in district populations was noted based on the 2010 Census numbers provided by the Hamilton County Surveyor’s office. In an effort to balance the population growth Carmel has experienced over the last 16 years and accommodate for future growth, the board felt it was time to redefine the residential districts in which school board candidates must reside.”

Spanenberg said the proposed new districts were developed by the school board’s policy committee with help from the Hamilton County Surveyor’s Office and the 2010 Census.

“The proposed districts do not differ much from the current residential districts, a simple shift here and there,” Spanenberg said. “Map changes do not impact voters. All voters will continue to vote for each of the five Carmel Clay school board seats, District 1, District 2, District 3 and the two at-large seats. The new districts only impact where a candidate must reside when filing for the school board election.”

The board held a discussion with the policy committee at a November workshop.

“At that time, board members expressed interest in a slight modification to the proposed map, whereby eliminating the finger projections and firming up the boundaries,” Spanenberg said. “The policy committee has requested a cleaner version of the proposed map from the surveyor’s office.

The board is now reviewing Bylaw 0142 Elections/Appointments and plans to discuss the topic at its meeting in December.

To change the districts, the board must pass a resolution to redefine them, followed by publication of notice of the new plan. After a 120-day remonstrance period, there is a review by the Indiana State Board of Education.

The CCS board would officially take action to adopt the redefined boundaries after the State Board of Education rules.