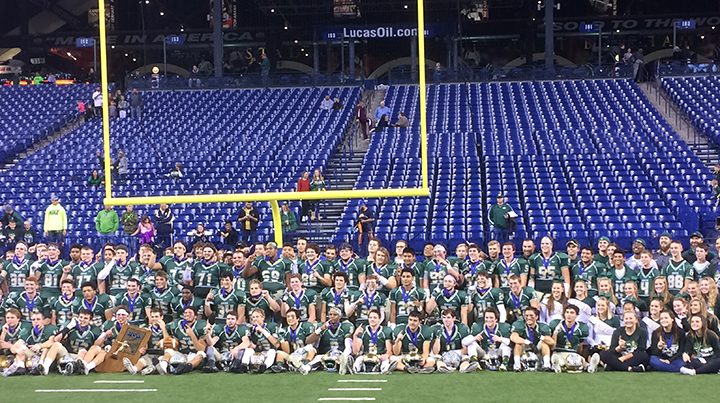 Jake Gilbert knows some people thought he was crazy six years ago when he stated his mission was to guide the Westfield High School football team to a state championship. 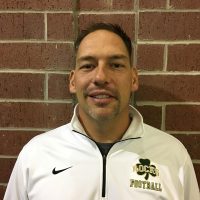 “I don’t think there was a lot of evidence from the past that pointed to that being a real possibility,” said Gilbert, who took over as coach of a program that had won only one sectional title in the previous 13 seasons. “But you can’t really focus on that. We controlled what we could control and raised the process of getting better and better every day.”

The Shamrocks captured their first state football crown by beating Columbus East 16-13 in the Class 5A state final Nov. 26 at Lucas Oil Stadium.

Gilbert said the administration, work ethic of the players and parental support were crucial.

“They had to buy into what we were doing because there were some drastic changes,” Gilbert said. “We were getting better each year. We turned a corner in Year 3. That group of kids (senior class) had only won four games one time (growing up). They had so much resolve that we went 12-2 and lost in the state title game. These seniors were freshmen then, and the vision was planted that, ‘Hey, we can do this.’ They only knew the way we were running the program then. They loved football. They were committed and bought in. This is a culmination of four years of hard work.”

“I really think he’s brought a sense of hard work and dedication to the work in the off-season,” Sweet said. “You’ve got to put in work day in and day out to reach the pinnacle. We did that, and it paid off for us.”

Gilbert said his players have adopted his passion.

Gilbert praised the leadership and unselfishness of his 40 seniors. One senior came up especially huge against Columbus East. Will Harrison, who is headed to Western Michigan on a soccer scholarship, kicked a state championship game record 52-yard field goal. He also booted field goals of 44 and 42 yards.