You are at:Home»Current in Geist»The music that wouldn’t stop: Retired teacher finds relief from musical ear syndrome through chiropractic 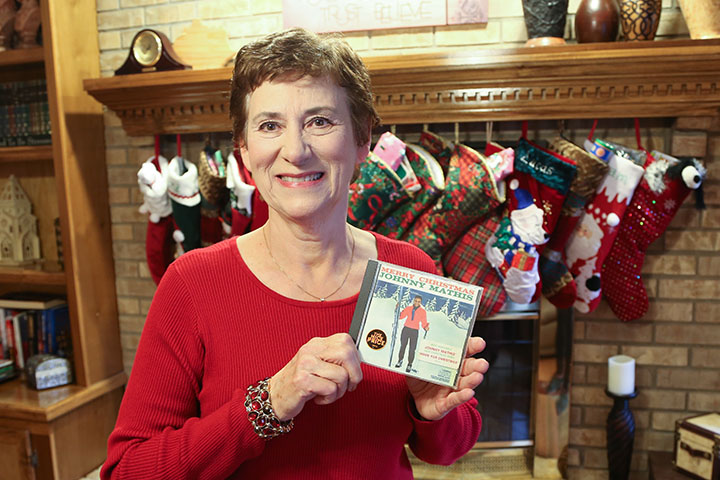 On the day after Thanksgiving 2014, Dorothy Easterly peacefully drifted off to sleep in her recliner listening to Johnny Mathis croon his classic 1958 rendition of “Silent Night.”

It couldn’t have been more ironic.

When she awoke, she was surprised to hear the song still playing. Thinking the machine must be stuck on repeat, she turned it off, but to her surprise the carol continued. Thus began nearly a year of nights – and days – that were anything but silent.

The music continued no matter what she did. At first, she thought it was nothing more than an extreme case of having a song stuck in her head, but as time went on she realized it was much worse than that.

“I really couldn’t carry on a conversation, because I had this really loud music going in my head,” said Easterly, 74, a retired Heritage Christian School English teacher.

After approximately two weeks of nonstop music, she finally told her husband about the problem, fearing she would sound crazy. She said he was “real sweet” about it and “didn’t get too alarmed,” and so the Geist couple began their journey to figure out what was going on.

Easterly has suffered from hearing loss for much of her adult life, but hearing phantom music was something new, something that the few people who knew about her condition had ever heard of before, including a doctor. 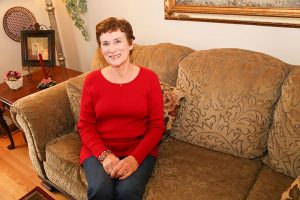 So she took her search for answers to the internet, where some digging eventually brought up an article by Dr. Neil Bauman, director of the Pennsylvania-based Center for Hearing Loss Help. This was the first time she came across the term “musical ear syndrome” – and it immediately struck a chord.

“Your brain is not getting, they think, adequate stimulation in certain ways, and so it takes memories and manufactures things from it,” Bauman said of musical ear syndrome. “It doesn’t necessarily take a whole memory. Some people hear Christmas music at Christmas-time. On July Fourth they’ll hear the Star-Spangled Banner.”

For Easterly, “Silent Night” morphed into other Christmas carols, children’s songs and more. She found that she could think of a new song if she focused on another tune, but soon it would go back to whatever had most recently been stuck on repeat in her head. Sometimes it would be a hymn.

“We quit going to church, because I couldn’t talk to people,” she said. “Afterward, people try to talk to you and you answer the wrong question, because you’re hearing ‘How Great Thou Art.’”

Despite the never-ending song loops, she found her first ray of hope after reading Bauman’s article and speaking to him on the phone, receiving confirmation that she wasn’t crazy.

Bauman refers to musical ear syndrome – a term he claims to have coined in 2004 – as a non-psychiatric auditory hallucination. He said it’s related to tinnitus, which typically presents as a constant phantom background sound such as ringing or buzzing, and it almost always occurs in people who already suffer from hearing loss.

Easterly fit the bill almost perfectly. Now that she had a diagnosis, she wanted to know how to get rid of it. Unfortunately, Bauman said, that’s not so easy. Of the thousands of people he’s documented with musical ear syndrome, only a handful have traced it to a physical problem that can be cured.

So Easterly kept digging. Her online search connected her with doctors from Switzerland to St. Louis. One of them suggested having a chiropractor make an adjustment to the upper neck, as he had seen it make a difference for hundreds of people suffering from tinnitus. A lifelong skeptic of chiropractic, she had her doubts.

“I had bias about that, but when you’re desperate you’ll try anything,” she said.

Much to her surprise – it worked.

“I was the happiest person in the world,” she said. “It didn’t stay (quiet) but just a little while, but as time went on the intervals became longer and longer. Then the music reached a point where it was not really identifiable.”

She had also discovered another doctor who said that chiropractic adjustments could help people who had suffered from whiplash and Meniere’s disease, which causes a variety of hearing problems. She had suffered whiplash during a car wreck in her mid-20s, which led to a diagnosis of Meniere’s disease about 25 years later. She now wonders if that may also have contributed to her musical ear syndrome.

Bauman believes it’s possible – in fact he even updated his online article after speaking with Easterly. But he’s not convinced chiropractic treatments will work for everyone.

“There obviously will be some people that upper cervical (adjustments) are going to help, but I would say that for the vast majority it will not,” Bauman said. “But it never hurts to be checked out.”

After nearly a year of hearing nonstop music, life is more or less back to normal for Easterly. Now she’s hoping to inspire other people battling musical ear syndrome to seek help.

“I bet there are a lot more people who have it and wouldn’t ever tell, because it’s kind of embarrassing,” she said. “If they do tell, they just feel hopeless, or maybe they even think that they’re a little bit crazy.”

Bauman estimates that more than 10 percent of people with hearing loss have experienced musical ear syndrome or other phantom sounds, but he said it’s difficult to pinpoint an accurate number because many people don’t want to admit to having them.

Bauman, who also has suffered from hearing loss and hearing phantom sounds, encourages anyone experiencing musical ear syndrome to search online to learn more about the problem and what can be done. His website, hearinglosshelp.com, includes several resources for people suffering from the condition and their caregivers. For many of them, he said, just learning that musical ear syndrome exists is one of the biggest steps they can take.

“The first thing they tell me is that they read that and had enormous relief,” he said. “Sometimes just that relief from the anxiety lets their musical ear syndrome fade away.”

Although finding a cure wasn’t easy for Easterly, she’s happy to be experiencing another holiday season as normal – except for one thing.

“I listen to no Christmas music,” she said.