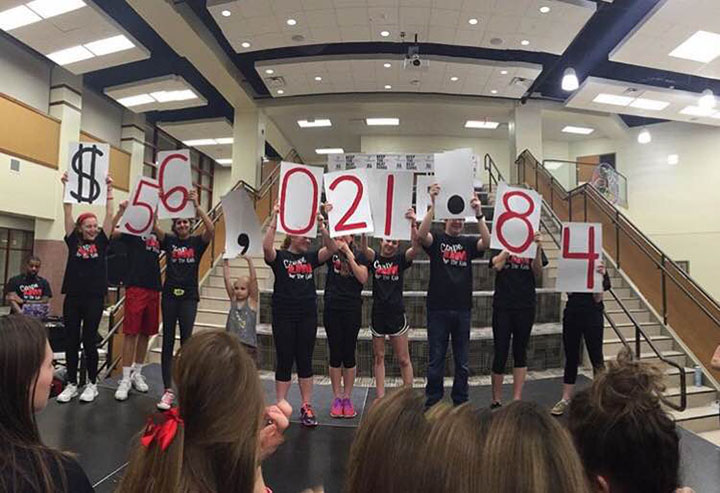 At first, Fishers High School junior Claire Rosenthall enjoyed being part of her school’s dance marathon and raising money for a good cause, Riley Hospital for Children.

“Then last year I became more involved and met so many Riley kids and their families,  and it became life-changing,” she said.

Rosenthall is the corporate executive of the FHS Dance Marathon, set for March 4. She is concentrating on attracting corporate sponsorships for the school’s dance marathon.

“I’ve been working with local businesses that my family are regular (customers),” Rosenthall said. “I started in mid-September. We’re trying to push it so we get all the donations by the end of the year for tax purposes. January and February are hectic, so if we can have those sponsors settled, it will make things a lot easier. We want to push the corporate sponsorships more.”

Rosenthall’s role is to get food for the dance marathon as well.

“That’s really all we worked on last year,” Rosenthall said. “This year I really wanted to raise more money, so that’s why I have this goal. The cause it’s going to is such an amazing life-changer for these kids. We have the opportunity to help out, so why not? We’re giving hope to them and their families.”

“The business is benefitting from it because Fishers High School is such a big high school and there are many students, teachers (and) parents, so they are getting a lot of promotion from the dance marathon,” Rosenthall said. “It’s a win-win situation, and that’s what I try to put out to the (potential sponsors) I’m talking to.”

“If they donate a product worth $50, they get the same benefit if someone would donate $50 straight to us,” Rosenthall said.