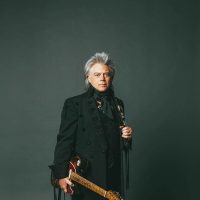 Stuart and the Fabulous Superlatives will land in Carmel at 8 p.m. Dec. 9 at The Warehouse, 254 First Ave.

Stuart’s album “Way Out West” will likely be released in March.

“It’s a love letter to the west coast world of country music, and there is a hillbilly surf band record coming out later in the year,” Stuart said. “We’ll probably play a song or two from those.”

“I still love playing ‘Tempted’ and ‘The Whiskey Ain’t Workin,’ and ‘Hillbilly Rock’ usually finds its way in (the concert),” Stuart said. “There’s a lot of people who still remember those songs and liked those songs in the first place. I can’t forget them because there are a handful of songs that gave me a reason to get a bus, a band and some cowboy clothes and do them all across the world. I appreciate those songs. They really helped out at the time.”

Stuart said his band’s style fits in many different venues, include The Warehouse’s listening room style.

“We have a whole lot of songs in our arsenal,” Stuart said. “So, the beauty of this band is we can just get to a venue and size it up and say it’s one of these kind of places and tailor the show for the night.”

“Sometimes we’re at the same show,” Stuart said. “I love when that happens. It’s a great night of music when that occurs.”