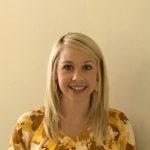 “With the referendum that was passed last year, my position was approved as well as addressing the need of every student in the district who has mental health needs,” Lawson said.

A proposal was sent to various counseling agencies for counseling services within the school district, with a few agencies applying thus far. Lawson said she hopes by next year an agency will be selected.

“My role is to coordinate those services, but right now I’m working within the district and for any student that is struggling. I’m helping coordinate services and mostly working with school counselors,” she said. “Once we have chosen the agency we are going to go with, my job will be to coordinate with that agency.”

Services may aid students with anxiety or depression by helping them learn to manage those mental health problems.

“It’s important that every student that has mental health needs has those needs addressed,” Lawson said. “It’s often easier to address those in the school instead of outside agencies. Mental health issues within school and within the home, it’s a bigger step to coordinate everyone and not just the family trying to address it on their own, but working with the school as well.”

Lawson said mental health services within the HSE school district will be available to any student, regardless of insurance or ability to pay.

“There will be a therapist within the school, but they won’t just work within school, they will work with the family and the community and those types of things as well,” Lawson said.