You are at:Home»Night & Day»Entertainment News»Civic Theatre presents Disney’s ‘Beauty and the Beast’ at the Tarkington in Carmel

Susan Boilek Smith is enthusiastically embracing her role in Civic Theatre’s “Disney’s Beauty and the Beast.” 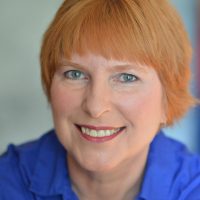 “It’s the imagination, the creativity, the beautiful music, the story is wonderful,” she said of the musical’s allure. “It’s a fabulous cast. Everyone is perfect in their roles.”

Smith will appear as the Enchanted Wardrobe in the performances Dec. 9 through Jan. 1 at the Tarkington in Carmel.

“The Wardrobe is a hoot because it’s a small role, but she is so loud and so silly,” Smith said. “It’s very playful. I get to sing opera; you never get to see that very often.”

Smith, who moved to Carmel in 1995, has been in the Civic Theatre’s Wicked Witch of the West for “The Wizard of Oz” for the last four productions during a course of nearly 20 years.

Smth, a certified public accountant, is the finance director for the Phoenix Theatre. Along with Civic, she also has performed at Beef and Boards and Footlite Musicals.

“I’ve been an active theater person for many years and a big supporter of the arts,” she said.

“I love getting to act as LeFou,” he said. “He’s such a goofy character, and he’s very animated. I try to bring as much energy into the role as possible. I have three nieces and a nephew who will be coming to see the show, so my number one goal is to be able to make them, and hopefully everyone in the audience, smile and laugh.”

The performances are at 7 p.m. Thursdays, Fridays and Saturdays, 2 p.m. on Saturdays and Sundays. For more, visit civictheatre.org.