You are at:Home»Current in Carmel»Carmel Community»Carmel Clay Schools reinstates incentives for bus drivers

The Carmel Clay School board voted to reinstate a signing bonus for new bus drivers and an attendance bonus for current ones in an effort to address a shortage of drivers. 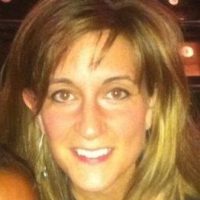 The unanimous vote Nov. 28 approved a $1,500 signing bonus for new drivers once they have worked for CCS for a minimum of three months and are still employed in September 2017. The bonuses are capped at $22,500 or 15 new drivers.

“We are experiencing a bit of a shortage again this school year,” said Corrine Middleton, CCS director of human resources. “We were in good shape at the beginning of the year, but we’ve lost some drivers and it’s caused us to delay some routes on occasion.”

She said the district would like to hire 10 to 15 new drivers. The incentive went into effect Dec. 1.

Current bus drivers will see their perfect attendance incentive jump from $300 to $450 for the spring semester, and they will receive $225 for one day missed.

“We felt this was successful last year,” Middleton said. “We saw a 45 percent increase in the number of drivers eligible for the attendance incentive.”

The school board first approved bus driver incentives Feb. 8. Middleton said 12 of the 15 drivers hired during the incentive period are still with the district. The district employs approximately 180 drivers at a time.

In other action, the school board: