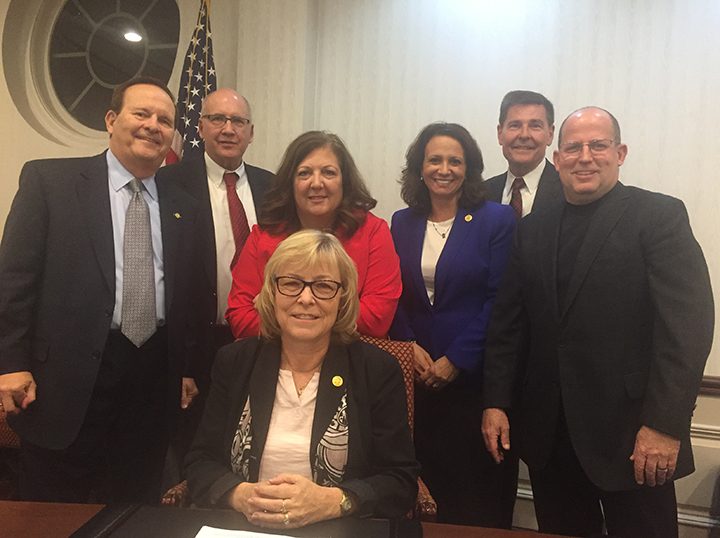 Two-term City Councilor Carol Schleif announced she will resign her seat on the Carmel City Council effective Dec. 9 and move to California.

“Due to some important personal issues, my husband and I will be making the move back to the West Coast, so this will be my last council meeting,” she announced Dec. 5.

City Councilor Laura Campbell, who also serves as chair of the Hamilton County Republican Party, said she has 30 days to set a meeting date so the committeemen can vote on the replacement. It will be a closed caucus and not likely during the holidays. She said she didn’t know who might consider running, but anyone interested in filling the spot who lives in the district can contact her and she’ll get them the proper paperwork.

During her first term, Schleif sometimes voted against the mayor on budgetary matters. Since her reelection she’s voted for many of the mayor’s budget proposals.

Schleif was born in Seattle and grew up in Los Angeles. She worked as a hospital clinical pharmacist for about a decade before returning to school to study architecture. Upon graduation from UCLA, Schleif and her husband, Ron, moved to Indianapolis, and Carol began studying for a bachelors and masters degree in architecture at Ball State University. She completed both degrees and moved to Toronto, where she became executive director for Toronto Habitat for Humanity and supervised the construction of the first Habitat home in that city.

Schleif moved back to Carmel and was appointed to a four-year term on the Carmel Plan Commission as a part of the annexation of Southwest Clay. One of her passions is protecting historic landmarks and buildings in Carmel, and she said she hopes to remain on the Carmel Historic Preservation Commission even when she moves away.

“Over my career, my main passion has been to be helpful,” she said.

She said at one point she thinks she was on 10 boards at once. She doesn’t know how she handled it all.

“Council members are a special breed,” she said. “We’re called on to solve important and contentious issues with the ultimate goal of doing what’s best for our constituents whether we agree or not. It’s not an easy job.”

“If you want something researched, there is not a better researcher than Carol,” Rider said.