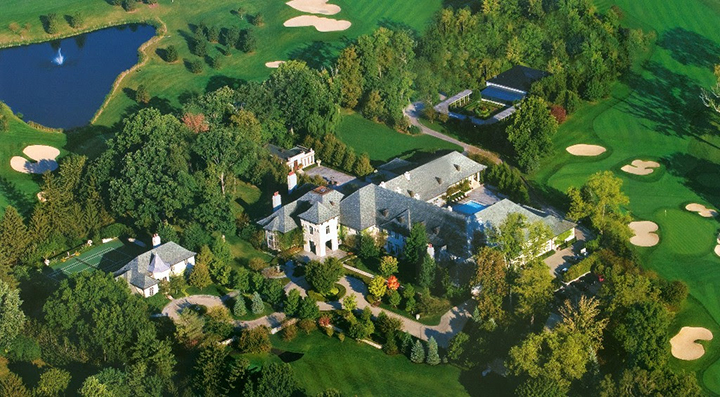 Short of the Vanderbilt Mansion, the Carmel estate of Melvin and Bren Simon is the most “magnificent” land holding that local developer and homebuilder Paul Estridge has ever seen.

That’s why he’s so excited about plans to redevelop it into an exclusive neighborhood that will maintain the 70,000-square-foot mansion as the center of the community.

“I went out and visited it and was blown away by the magnificence of the entire estate,” Estridge said. “Being a homebuilder and developer, it became apparent to myself and others on my team there’s some real potential here.”

Estridge, owner of Carmel-based Estridge Homes, and developer Michael Browning have filed plans with the Carmel Plan Commission to redevelop the 107-acre site on Ditch Road between 96th and 106th streets to contain more than 100 new homes ranging from $800,000 to $2 million. The existing mansion and 9,000-square-foot chateau would be preserved and transformed into the Residence Club and Inn, offering space for overnight stays, meetings, dining and more.

The developers have a purchase agreement for the estate pending city approval of the plans.

“The Plan Commission and City Council will both review the request for a zoning change very carefully,” Carmel Mayor Jim Brainard said. “Our staff of city planners will also be making suggestions and recommendations to both bodies as part of the process of reviewing the proposal.”

Brainard also said that he believes the project is an appropriate use for the land and that he is pleased existing amenities will be kept.

Estridge said the Simons completed the mansion in 2000. Mel Simon, who founded Simon Property Group and purchased the Indiana Pacers with his brother, Herb, died in 2009, and his wife has lived out of state for many years.

The Simon family referred to the estate as Asherwood, as they planted many ash trees on the property. The proposed development is also called Asherwood to honor the history of the estate, which hosted many celebrities and presidents Bill Clinton and Barack Obama, Estridge said.

The development will include a private club for residents, corporate members and a limited number of non-residents.

Estridge Homes staff will schedule meetings with nearby neighborhoods and property owners to discuss the proposal.

Developers said that Asherwood will also include: