You are at:Home»Night & Day»Mac McAnally to perform Dec. 1 at the Warehouse in Carmel

Mac McAnally starts out with a set list for his concert, but it seldom lasts. 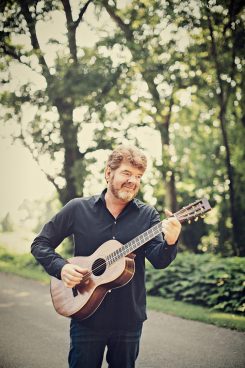 Mac McAnally will perform Dec. 1 at the Warehouse. (Submitted photo).

Best known as a songwriting partner of Jimmy Buffett and a member of Buffett’s Coral Reefer Band, McAnally has written songs for Kenny Chesney and Alabama as well as for his own solo albums.

“I’ve had a quirky career that’s gone four decades now,” McAnally said. “If there’s a lot of Buffett fans there, they like to hear things Jimmy and I have written (songs) together that are on his records. I’ve written things that were country hits for other folks, so if (fans) yell out that, I tend to give up control of the set list five or six songs in. I’m happy to go in any direction the crowd wants to go.”

McAnally, whose concert is sponsored by Kingston’s Music Showcase, will perform at 8 p.m. Dec. 1 at the Warehouse, 254 First Ave., Carmel.

“My songs are detailed stories that benefit from a listening room environment,” McAnally said.

One Buffett song he helped write that he sings is, “It’s My Job.”

“I play that to remind myself it’s important to do my best,” McAnally said.

McAnally usually plays two songs he wrote for Chesney, “Back Where I Came From” and “Down the Road.”

“I’m more of a sideman than a guy in the middle of the stage, but I do enjoy performing,” he said.

“Most of my career is me playing solo, so having other guys to sort of jam off of is a bonus for me and I think the crowd, too,” McAnally said. “I get to improvise in a way you don’t get to when you’re just playing solo.”

McAnally’s peers elected him as County Music Association Musician of the Year for the 10th time and a record eighth year in row in 2015.

“My standard line is I demand a recount every time,” McAnally said. “But, honestly, it does mean a lot to me.”