You are at:Home»Current in Westfield»Westfield Washington Historical Society plans move to city hall 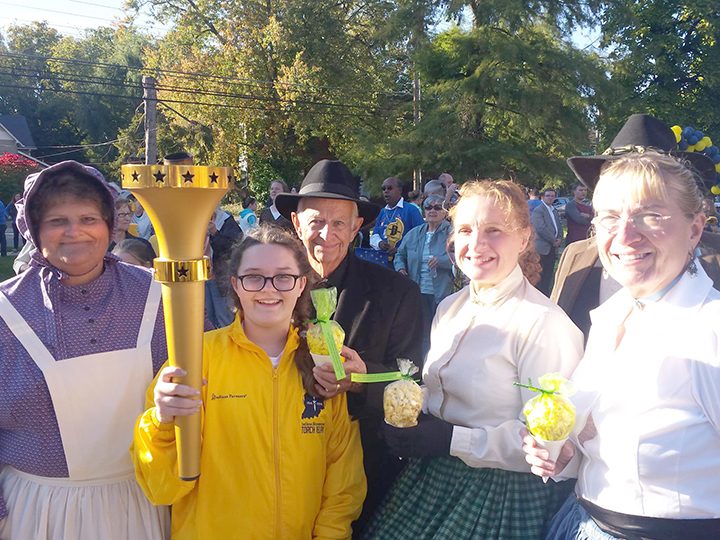 “We really enjoyed our time at the market. We sold root beer floats, we got some new memberships signed up and we have our Westfield book that we sold,” WWHS President Steve Osborne said. “We made some homemade flyswatters. One of the members has some leather from the Amish and cut the pad for the fly swatter, and then we both made some handles. Diana Peyton, our secretary, burned a message on them. Most of them had the WWHS on them but some of them had the bicentennial celebration for the state of Indiana. We also had some wooden spoons and utensils that she had marked on. Some of them had a drawing of the state. The other Saturdays were a little rainy. It was really a great experience. We met a lot of nice people there. All in all it was a really good experience. We’re all in agreement of doing it again next year.”

WWHS operates a museum out of its space which it leaves open during events like the upcoming Westfield Homes of History Tour Nov. 20 from 2 p.m. to 5 p.m.

The group will also be moving from their current location to city hall.

“One of the big things we have going on is that we’re going to move. We’re going to be moving to the second floor at the back of city hall. We need to get started on our move,” Osborne said.

Once the move is completed, their by-laws will have been re-written and 2017 board members  chosen, WWHS will start holding speaking events again. For more, visit facebook.com/WestfieldHistory/.