You are at:Home»Current in Carmel»Carmel Community»New leadership, population growth leads Kiwanis Club to reform in Carmel

The worldwide headquarters of Kiwanis International is on the north side of Indianapolis, but for a number of years its presence has been diminished in Carmel.

Similar organizations such as the Lions Club or Rotary Club exist, and there’s a Golden K Kiwanis Club in Carmel, which has a membership of 50 people, but it is geared more toward retirees. 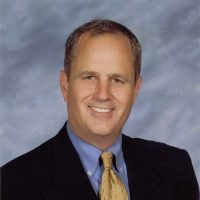 But now, Pete Tinsley, manager of membership growth for the Indiana District of Kiwanis International, is helping restart Kiwanis in Carmel. A club did exist years ago but disbanded because of poor attendance. He said population growth combined with new leadership has led to renewed interest in starting the club up again, and there are already five people on board before the first meeting has even taken place.

Kiwanis is a volunteer-led organization where community leaders, business professionals and residents hold regular meetings to not only meet other people but to connect and participate in service projects, such as working with UNICEF.

“It attracts those people that want to give back to the community, particularly when it comes to the needs of children,” Tinsley said.

Traditionally, Kiwanis has embarked on service projects such as raising funds for children’s cancer or helping those in poverty. Internationally, the organization has contributed more than $80 million toward the global elimination of iodine deficiency disorders, which are the leading preventable cause of intellectual disability.

“Everybody always really enjoys our service projects,” he said. “The new club is already talking about building a playground, and so that’s really exciting.”

What: Attendees will meet others who have already joined, as well as other Kiwanians from area clubs.