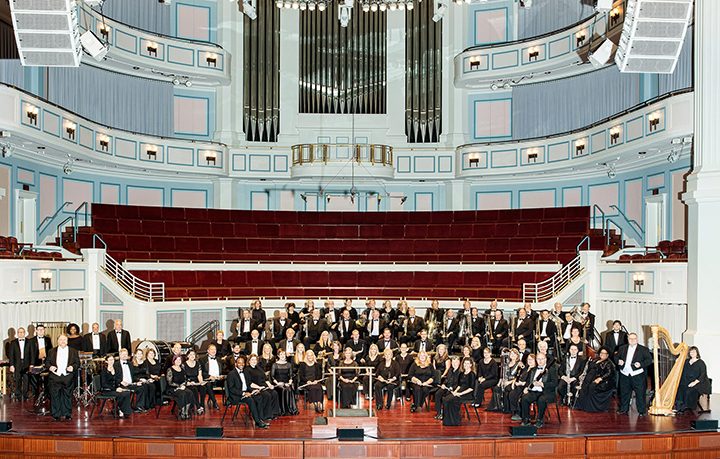 The Indiana Wind Symphony will perform “Game On” concert at 7 p.m. Nov. 20 at the Palladium. (Photo provided by Wyant Photography)

The Indiana Wind Symphony has concocted a new concert mix.

The IWS will present “Game On,” featuring music from video games as well as from the sports world at 7 p.m. Nov. 20 at the Palladium in Carmel.

“This is the first time we have tried this concept,” IWS Music Director Charles Conrad said. “Every organization is trying to find ways to get more audience members, especially ones from the younger set. This is one has been successful for orchestras around the country.”

There are two major medleys from video games, “The Legend of Zelda” and  “Final Fantasy.”

“We’re doing music from the Olympics and one about baseball,” Conrad said.

“One game-oriented piece is ‘Parkour,’ which is named for an urban street running and jumping game, similar to a military obstacle course. Another is Paul Yoder’s ‘Pachinko,’ which pays tribute to a Japanese form of a pinball machine. We’re doing ‘Olympic Fanfare’ that John Williams wrote for the 1984 Olympics. It’s a medley from ‘Raiders of the Lost Ark’ and the ‘Imperial March’ from ‘Star Wars.'”

Naturally, the Olympics theme of Leo Arnaud’s “Bugler’s Dream” will be featured.

IWS will perform the “The Washington Post” march and “The National Game” by John Philip Sousa.

“Evidently it plays a big role in one of the big video games (‘Fallout 3’). That was a surprise to me,” Conrad said.

A new number is Anthony O’Toole’s “Fanfare to The Hammer,” a tribute to baseball legend Hank Aaron, nicknamed Hammerin’ Hank.

“It was written about 1904, and an interesting tie-in is my wife’s mother (Hazel Calvert) was, I believe, the last soprano soloist with this band, and that would have been in the1940s.”

Conrad said audience members are encouraged to arrive in costume, either in support of a sports team or video game. For more, visit indianawindsymphony.org and thecenterpresents.org.