You are at:Home»Current in Fishers»11-year-old goes on U.S. 31 road trip, visits construction sites in Fishers, Tipton 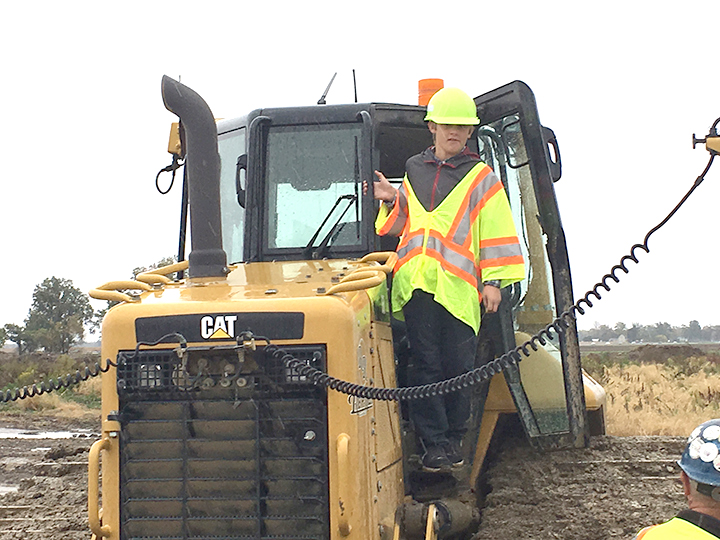 Alexander Boeckmann’s idea of a dream vacation differs slightly from most 11-year-olds. The Indianapolis resident decided he wanted to take a road trip up U.S. 31 to admire the development that had occurred while he lived in London for three years due to his father’s job.

The fifth grader studied Indiana Dept. of Transportation’s website while he was overseas, keeping track of all the new bridge work and construction completed on the highway.

“To him, this is the end all be all,” his mother, Caroline, said. “We drove from Indianapolis up to South Bend. He studied every single intersection and every single bridge while he was overseas. He got to see in person what he had been studying for months. He was studying them all online and naturally wanted to see it for himself. That was his dream trip.”

“I think it’s cool how all the roads are built to intersect each other and to help people travel around,” Alexander said. “I want to be an engineer so I can help with the projects, too, and build new roads.”

“I got to see how they made bridges and before they actually put it in. They put a lot of ironworks and poles in, and they have to tie every single intersecting piece together,” he said. “So there’s a lot of work that goes into it. I wanted to do it so I could see more of the roads in construction with my own eyes instead of going on Google Maps. I wanted to see the roads so I could have a better understanding of what it looks like.”

Alexander has been into maps his whole life and asks for Atlases for birthday presents, according to Caroline

Alexander documented his trip on a blog. For more, visit londonindy.wordpress.com/2016/01/25/road-trip/.