You are at:Home»Current in Westfield»Westfield High School band student to perform in Rose Parade 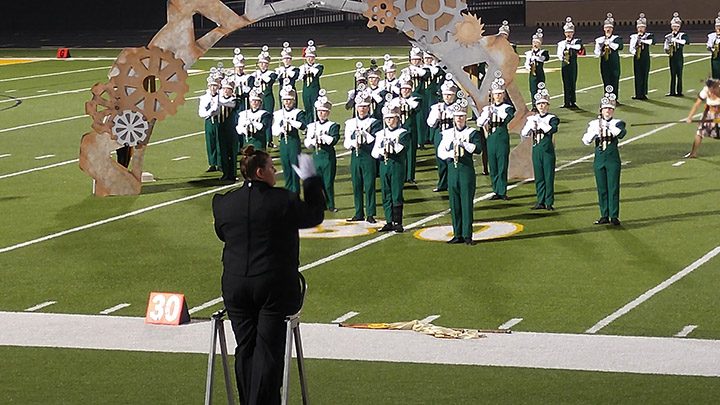 Back in sixth grade, Kailynne Smith joined band and played the bass clarinet, thinking it would be “cool.” Now a 16-year-old junior at Westfield High School, Smith said band has become a way of life. She recently performed in the WHS homecoming parade and looks forward Jan. 2 to representing Westfield in the Rose Parade in Pasadena, Calif.

Both of Smith’s parents were in band growing up. For Smith, whose mom became a dancer and dad a musician, getting into band was about following in their footsteps but also creating her own story within the arts.

“We’re all in band,” Smith said. “It just kind of runs through the family. I believe it’s really made me who I am today. Having my best friends in band, meeting some fantastic directors around Indiana and from around the world, it’s really readied me for the world. I can take the lessons I learned in band and apply them to real life.”

Smith was in regional honor band in middle school and then joined the marching band her freshman year at WHS. The bass clarinet is still her main instrument. Now a drum major, she is a member of Indiana’s all-district band and will also participate in the Ball State Honor Band at Ball State University. Then there’s the Rose Parade, which she was selected for this past spring.

Although the Rose Parade’s six-mile course requires physical preparation, Smith also feels mentally prepared after having met others who were chosen to perform while at summer band camp.

“We talk to each other, we encourage each other, and we give each other suggestions,” Smith said. “I feel like we’re such a tight-knit community.”

Smith said it’s hard to believe band has led to this incredible moment.

“When I first joined band back in sixth grade, I would have never imagined myself being drum major of a marching band or going to Pasadena to march with this elite honor band,” Smith said. “I never expected this, and it is very surreal.”